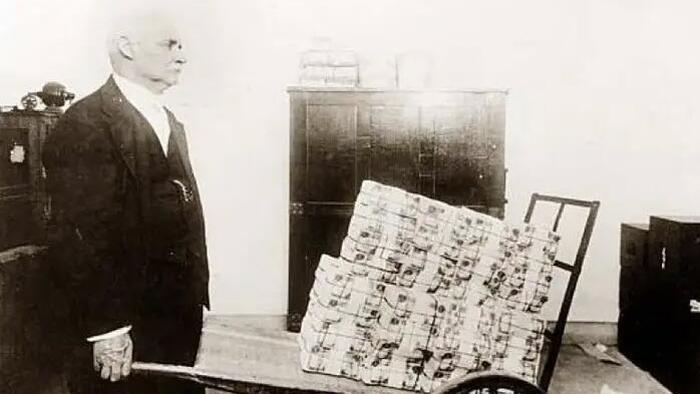 No one loves the messenger who brings bad news.” ― Sophocles

It goes without saying that everywhere you look right now there is bad news. Well, I bring more of it than many want to recognize.

Nord Stream is not just shut down, but blown up. Does it matter if it was the Russians who did it or the US (as one Polish MEP alleges)? It’s gone. The really bad news is now we are in that kind of world, no pipeline is safe. Indeed, no sooner did Bloomberg carry a headline saying “Europe Gas Prices Have Peaked Despite Nord Stream-Led Volatility” than Russia said it may stop sending gas via Ukraine too. Moreover, thoughts turn to what would happen if Norway’s pipeline to Europe fell off a yacht or out of a window. So, European gas prices spiked.

Relatedly, US Senator Manchin’s legislation before Congress to speed up energy permitting and build a $6.6bn natural gas pipeline was withdrawn as it does not have the necessary votes; against that domestic backdrop, the Boston Globe is warning of the risk of rolling blackouts this winter, matching disruptions previously seen in California and Texas.

More bad news: the rollercoaster in the real economy is being reflected in the financial economy, ostensibly triggered by the UK peddling a fantasy economy as cure. 30-year Gilt yields were -20bp at the UK open, then closed +45bp at just shy of 5.0%. As our Rates Strategy Team put it, UK debt looks to now be effectively untradable, and just as there is a mountain of it to sell. That volatility is immediately flowing through to mortgage rates, where banks are pulling offers.

The really bad news is that the BOE has been forced to warn it “will not hesitate to change interest rates as necessary”; PM Truss reportedly had to be convinced to issue a statement, with her initial instinct being to stand firm and say little or nothing; and the IMF has said it is “closely monitoring” the UK, is “engaged with the authorities”, and has urged the government to “re-evaluate” its “untargeted” tax cuts. How long until it offers a loan with stringent fiscal conditions?

The even worse news is that the IMF is saying that “Given elevated inflation pressures in many countries, including the UK, we do not recommend large and untargeted fiscal packages at this juncture. It is important that fiscal policy does not work at cross purposes to monetary policy.” So, the *structural* high energy prices we face for years everywhere should be digested raw? I am sure that will play well with social stability.

‘Anarchy in the UK’ is not just reflecting its febrile politics –as rumours start of letters of no confidence in PM Truss being written by Tory MPs(!)– but of Fed tightening. On that front, yesterday saw more bad news (for you, and you, and you) with more consistent Fed messaging that US rates are going to go higher and stay higher.

Nobody watching crumbling asset markets, who works in said markets, can believe the Fed wants this to happen.

Well, never-to-be-ignored Harald Malmgren just tweeted: “My personal network warns me “Fed leadership” cannot say what it wants: hard landing to reduce asset value bubbles and bring back long forgotten mark to market ideas.” In other words, to undo the entire post-2008 (and post-1987) system of ‘central banks are there to save us from ourselves’ and restore genuine markets, presumably with much more of a focus on physical than financial assets.

As noted, many won’t believe that: but as they say, it’s hard to get someone to believe something when their income depends on them not believing it. But when you have Treasury Secretary Yellen stating she thinks financial markets are functioning well, are not seeing disorderly conditions, and are merely seeing the by-product of fighting inflation, then either she is on the same page as Malmgren, or the IMF need to give her advice too. Neither of which is good news.

As I have written here many times, logically the only thing that might have worked was tighter monetary policy and looser fiscal policy into the supply side via MMT. But now it seems even the UK can’t be trusted by markets to do it; at least not unless it runs a trade surplus to prop up its currency, and perhaps sees capital controls. Yet the UK is not set up to export, but import, and the one thriving part of its economy is based on channelling and churning global capital flows – just not into its own industrial base. (And as a side note, the Indian government reportedly won’t waive capital gains taxes on its bonds in order to be included in benchmark global indices, because it is concerned foreign inflows will increase the volatility of local markets.)

If the MMT route is not something markets will now swallow then, as we argued years ago, only a tiny number of countries can hope to follow such a policy path: those with large trade surpluses and not overly-large fiscal deficits; and the US, because of the global role of the (soaring) dollar.

The bad news to Cryptonites, gold bugs, Gaullists, leftists, “strategic autonomists”, and the New World Order is that the US *can* still print money into the supply side, not demand side, and boom, while everyone else crashes. If they do that and raise rates, all the more so; and they then get to pick who they save with Fed swap-lines, and create new US-centred supply-chains to cement their role even more deeply.

Or the worst news is that if the US can’t or won’t, then we are back to red-in-tooth-and-claw zero-sum global mercantilism as the only route to national, not international, salvation. (For those who know, think ‘Warriors of Genghis Khan’.) That is what the entire global system always was: the post-1945 US-centered paradigm we all take for granted, but have to accept monetary policy tightening cycles within, is the exception.

You can heed this message, shoot the messenger, or ignore him to focus on (larger and larger!) day-to-day swings in any market of your choice: the big picture won’t change regardless.