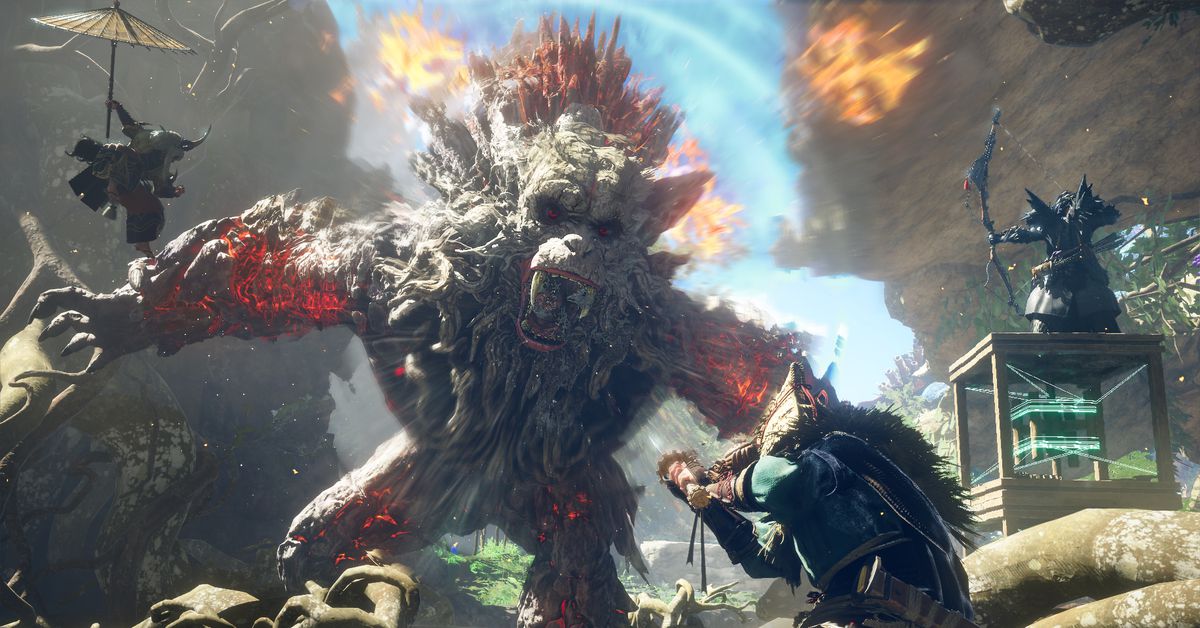 Differentiating Wild Hearts from Capcom’s Monster Hunter series is a mechanic called Karakuri, which are described as “sophisticated mechanisms crafted from a lost, ancient technology.” As seen in the debut trailer for Wild Hearts, those Karakuri include things like fantastical giant mallets, ballistae, and bombs that can handicap, stun, or damage giant creatures. Of course, players will also have a variety of handheld weapons at their disposal, including transforming swords, bows and arrows, muskets, and wagasa (Japanese umbrellas) to help take down giant boar, apes, squirrels (!), and other mutated monsters.

Yosuke Hayashi, executive vice president of Koei Tecmo, noted that item and weapon crafting is “at the core of the experience” in Wild Hearts, “redefining what can be possible in a beast hunting game.”

Players will be able to play Wild Hearts solo or with others — up to three players at once — and will support cross-play across all platforms. Wild Hearts is headed to PlayStation 5, Windows PC, and Xbox Series X on Feb. 17, 2023.

Wild Hearts isn’t Omega Force and Koei Tecmo’s first foray into the Monster Hunter-like genre; the companies released a pair of Toukiden games in 2013 and 2017 (Toukiden: Age of Demons and Toukiden 2) on PC and PlayStation platforms. In those games, also set in fantasy feudal Japan, players battled oni, giant demons that contained the souls of ancient warriors.

Koei Tecmo created the Toukiden series as a direct response to Monster Hunter’s popularity on PlayStation in Japan, and after the success of Capcom’s Monster Hunter: World, the bestselling game in Capcom’s history, Koei Tecmo clearly sees an audience with an even bigger appetite for slaying giant beasts.