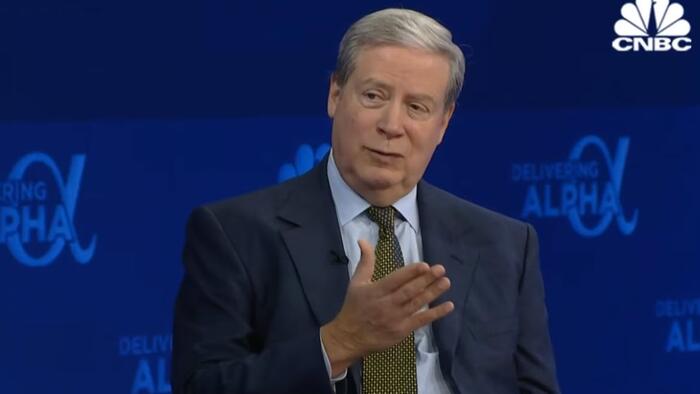 
For once, billionaire investor Stanley Druckenmiller did not say anything even remotely controversial when he echoed what we (and Morgan Stanley) have been warning for a long time, and said the Fed’s attempt to quickly unwind the excesses it itself built up over the past 13 years with its ultra easy monetary policy will end in tears for the U.S. economy.

“Our central case is a hard landing by the end of ’23,” Druckenmiller said at CNBC’s Delivering Alpha Investor Summit in New York City Wednesday. “I would be stunned if we don’t have recession in ’23. I don’t know the timing but certainly by the end of ’23. I will not be surprised if it’s not larger than the so called average garden variety.”

And the legendary investor, who has never had a down year in the markets, fears it could be something even worse. “I don’t rule out something really bad,” he said effectively repeating what we said in April that “Every Fed Hiking Cycle Ends With Default And Bankruptcy Of Governments, Banks And Investors” “

“Every Fed Hiking Cycle Ends With Default And Bankruptcy Of Governments, Banks And Investors” https://t.co/tfCHZMEkob

He pointed to massive global quantitative easing that reached $30 trillion as what’s driving the looming recession: “Our central case is a hard landing by the end of next year”, he said, adding that we have also had a bunch of myopic policies such as the Treasury running down the savings account, and Biden’s irresponsible oil SPR drain.

Repeating something else even the rather slow “transitory bros” and “team MMT” know by now, Druckenmiller said he believes the extraordinary quantitative easing and zero interest rates over the past decade created an asset bubble.

“All those factors that cause a bull market, they’re not only stopping, they’re reversing every one of them,” Druckenmiller said. “We are in deep trouble.”

The Fed is now in the middle of its most aggressive pace of tightening since the 1980s. The central bank last week raised rates by three-quarters of a percentage point for a third straight time and pledged more hikes to beat inflation, triggering a big sell-off in risk assets. The S&P 500 has taken out its June low and reached a new bear market low Tuesday following a six-day losing streak.

Druckenmiller said the Fed made a policy error – as did we… repeatedly… last summer – when it came up with a “ridiculous theory of transitory,” thinking inflation was driven by supply chain and demand factors largely associated with the pandemic.

“When you make a mistake, you got to admit you’re wrong and move on that nine or 10 months, that they just sat there and bought $120 billion in bonds,” Druckenmiller said. “I think the repercussions of that are going to be with us for a long, long time.”

“You don’t even need to talk about Black Swans to be worried here. To me, the risk reward of owning assets doesn’t make a lot of sense,” Druckenmiller said.

Commenting on recent events, Druck was more upbeat, saying “I like everything I’m hearing out of the Fed and I hope they finish the job,” he said. Now, the tightening has to go all the way. “You have to slay the dragon.” The problem is that, as the BOE demonstrated with its QT to QE pivot today, it’s impossible to slay the dragon and sooner or later every central banks fails.

What happens then? According to Druck, once people lose trust in central banks – which at this rate could happen in a few weeks or tomorrow – he expects a cryptocurrency renaissance, something which may already be starting…

… and not just there, but in the original crypto – gold – as well…

Excerpts from his interview below: