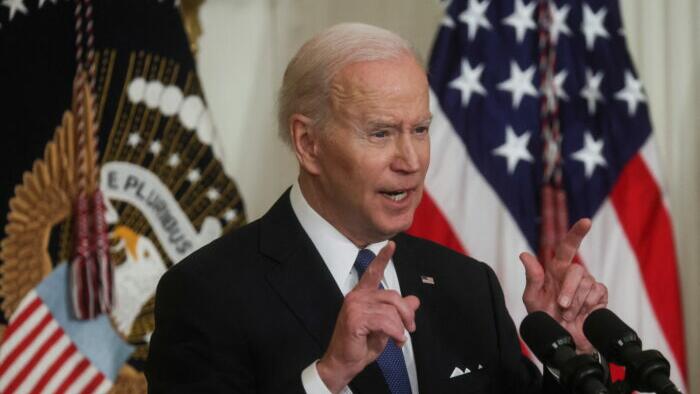 
President Biden’s reckless draining of the US Strategic Petroleum Reserve is nothing more than an election-year gimmick akin to using a ‘credit card’ to buy votes, according to Tim Stewart, president of the US Oil and Gas Association.

According to data from the Department of Energy, stocks of crude oil in the SPR hit their lowest levels since 1984 for the week ending Sept. 16.

“This is the first time in history, honestly, that the Strategic Petroleum Reserve has been used as a campaign credit card to buy down political risk for the midterms,” Stewart told Just the News.

“Let me put it in perspective if I could,” he continued. “At the current rate, the U.S. is selling more oil out of its emergency reserves than the production of most medium-sized OPEC countries like Algeria or Angola. We’re selling twice as much per day than we’re producing out of Alaska. That puts us somewhere between Exxon and Conoco in terms of … the impact we’re having on the daily supply — and this is happening without new oil going into replace it.”

The conversation then turned to ‘energy expert’ Hunter Biden, who host John Solomon asked for Stewart’s reaction to “the idea that the president’s son … could be working behind the scenes quietly to take our great energy wealth, send it over to China, while the boss, the president, the ‘Big Guy’ that they refer to in the documents, he’s trying to lower our reliance [on fossil fuels] and keep us from using our energy wealth here.”

Stewart, who noted that the oil and gas trading industry is “very, very complex,” replied: “I’ve been in this business for 25 years or so. And I can tell you, I am no more qualified to be a trader or a broker than an influence-peddling son of a former vice president. [Hunter Biden] had nothing to offer except for access, and access to his father, who in turn could make a call. And that’s really what’s wrong with Washington right now. And that is why this story is so so troubling to many of us.”

Stewart decried the “sheer hypocrisy” of Joe Biden “spending decades beating up on the oil and gas industry, profiting by it for that four years when he’s not in public office, and then coming back in and trying to to hamstring and to kneecap our industry again.” -JTN