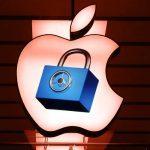 According to Atlas VPN, Apple’s product vulnerabilities grew by 467% in 2021at the peak of COVID-19

Although Apple products can still be hacked, for years it seemed as though they weren’t. As a consumer-focused manufacturers, macOS and iOS weren’t subject to the same level of pressure as other vendors like Microsoft, who bore the brunt of sophisticated cyber-attacks aimed at the enterprise sector.

However, it seems that this is altering. According to Atlas VPN, Apple’s product vulnerabilities grew by 467% to 380 exploits in the second half of 2021, at the peak of the COVID-19 epidemic.

How is Apple’s threat setting changing?

Because it happened at the same time as Apple products started to become more prevalent in workplace networks, the spike in vulnerabilities during the COVID-19 pandemic is noteworthy.

In the same year, 2021, IDC discovered that the average macOS device penetration in businesses with 1,000 or more employees had climbed to 23% from 17% in 2019. This happened as businesses accepted remote work and allowed workers to use their own gadgets to work from home.

It’s crucial to note that this growth also happened soon after the Apple M1 Chip, the company’s first internally developed computer chip with high bandwidth and low latency was released in November 2020 and set an all-time Mac revenue mark of $9.1 billion in Q2 2021.

In any case, the rise in enterprise use has altered the security environment for Apple and increased the vendor’s visibility to threat actors who view these devices as potential access points to protected data.

Apple products are now being exploited more than other software vendors, but the risk isn’t necessarily higher due to this. Despite an increase, Apple continues to have significantly fewer zero-day vulnerabilities than Microsoft.

Microsoft has had 242 known exploited problems since the start of 2022, compared to Apple’s 50 and Google’s 43, as reported by the CISA known vulnerabilities catalog.

However, given Microsoft’s history as the industry’s most prominent enterprise vendor and the fact that threat actors constantly target and attack goods within the Microsoft ecosystem, this is to be expected.

However, Apple has also been forced to deal with the consequences of MIT researchers finding the PACMAN vulnerability, an unpatched flaw in the Apple M1 Chip. An Apple M1 chip’s pointer authentication method can be disabled using the exploit in a novel hardware assault, preventing the chip from spotting attacks caused by software bugs.

Although no attacks have been reported that exploit this vulnerability, its seriousness is questionable. According to Apple, “this problem does not represent an immediate risk to our consumers and is inadequate to defeat operating system safeguards on its own.”

In general, research indicates that Macs do have built-in security resistance.

Forrester performed an online survey of 351 security executives from businesses in the US, UK, Germany, Canada, and Australia in 2019 after receiving a commission from Apple to determine the overall financial impact of introducing Macs into the workplace. According to the poll, the use of Macs may actually improve security.

The report’s main finding was that each installed Mac lowered the probability of a data leak by 50%. The interviewees who participated in the survey mentioned built-in security features including antimalware capabilities, automatic data encryption, and simplicity of registration into mobile device management (MDM) technology as factors that helped them maintain their security posture.

Generally speaking, companies may reduce threats to devices by enabling automated updates and making sure that devices are kept patched and current. Making sure that staff is applying these patches presents a difficulty.

Therefore, businesses must establish precise guidelines for the use of personal devices.

Since so many workers work from home, it is unrealistic to entirely restrict personal devices; however, there must be clear guidelines for the kind of data assets and resources that employees are permitted access to.

Mobile device management (MDM) tools like Jamf and Microsoft Intune can assist security teams in managing many Apple devices from a single location for workers using work devices from home, ensuring that each system is updated and not left open to compromise.

According to Michael Covington, VP of portfolio strategy at Jamf, “Device management is actually the first step in constructing a layered defense to secure mobile workers and the critical company data they access while on the road.”

In addition to defining secure Wi-Fi settings and password requirements, MDM solutions can assist in ensuring that devices are configured safely, are running the most recent version of their operating system, and have the most recent security patches.

Additionally, according to Covington, these technologies can be used to install terminal security solutions on external devices and serve as a policy enforcement hub for countermeasures like quarantining compromised devices.

The post The security architecture of Apple appeared first on Analytics Insight.