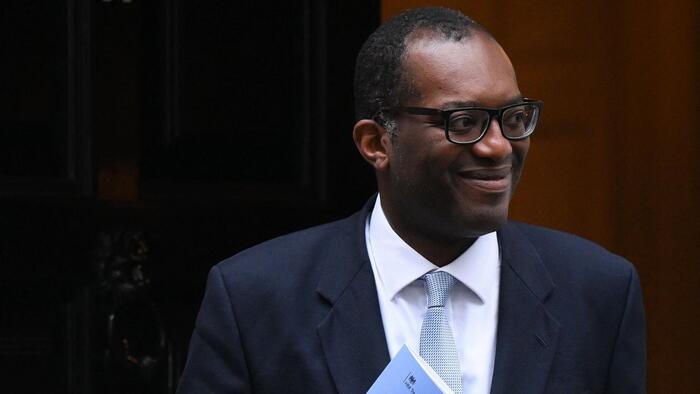 The Tory aligned newspaper The Telegraph described the reaction to Friday’s UK budget as ‘hysterical’ and ‘almost deranged’.  As cable dived past its former 1985 low, the Chancellor pledged over the weekend that even more tax cuts were on their way.  The market responded with the moniker of ‘Kami-Kwase’ and speculation emerged that emergency measures from the BoE may now be inevitable. As Asian investors continued to batter the pound, former MPC member Adam Posen tweeted over the weekend about the potential for BoE FX intervention.  Additionally, speculation has been gathering pace as to whether the BoE could step in with an inter-meeting rate hike to stave off the threat of further selling pressure, though there are no guarantees that this would be successful.  In the Tory press reports have appeared that PM Truss’s new government may already be facing rebellion with some Tory backbenchers reportedly considering refusing to vote for the government’s finance bill or even submitting letters of no-confidence.

It is not difficult to explain the triggers behind the heavy sell-off in both GBP and gilts.  Few would argue with the assertion that Friday’s announcement from UK Chancellor Kwarteng comprised of the biggest fiscal giveaway since the Barber boom budget in 1972.  Notwithstanding any comparisons with how that ended in tears, this month’s package is expected to cost GBP161 bln over 5 years and has been followed by an announcement from the UK Debt Management Office that it will lift its gilts issuance target for this year by GBP62.4 bln, even more that the Bloomberg survey median had pointed to.  The extra gilts sales will coincide with quantitative tightening from the BoE.  The Bank confirmed last week that it wants to reduce the size of its balance sheet by GBP 80 bln over the next 12 months.  It was nothing short of indigestion that resulted in investors dumping UK debt, with the 5 yr. gilt yields posting a record 50 bps surge during the day on Friday.

Although the Chancellor, a close friend and ally of PM Truss, stated that the budget is aiming to unleashing supply-side factors, the spending is unashamedly supportive of demand.  This puts fiscal policy in direct conflict with the BoE’s monetary targets which are aimed at curtailing demand and forcing down inflation.  Consequently, expectation that the Bank will have to tighten even more aggressively had surged even before the pound reached this morning’s sorry levels, with the market already contemplating the possibility of even larger incremental hikes.  This is clearly bad news for UK stocks.  It is clear that ‘moderate’ rate hikes from the BoE this year have done very little to support the pound against the surging USD.  Thus speculation has been sparked that the MPC may be forced into considering huge EM style rate hikes to prevent further sharp losses in the value of GBP.  This, however, could test BoE credibility, could pressure demand aggressively and thus could undo the impact of Kwarteng’s tax cuts, leaving only the legacy of higher debt.

Importantly, the UK is burdened with a record current account deficit/GDP ratio.  A 2017 statement by former BoE Chief Carney that the UK is reliant on the kindness of strangers is a reference to the fact that GBP is vulnerable to a downward adjustment if foreign investors are reluctant to fund the deficit.  UK’s fundamentals are currently characterised by high levels of debt and debt issuance, low growth/recession, high inflation and weak productivity.  It is hardly an attractive backdrop for investors, which explains why GBP tanked on Friday and continued its spiral lower overnight before reclaiming the GBP/USD1.06 level this morning.

While UK assets stole the headlines, they were not the only ones out in the cold on Friday.  EUR/USD hit a 20-year low. Wall St indices closed in the red, though losses were trimmed late in the session.  Crude oil and gold were also weaker.

Whether or not the BoE is forced to announce a potentially large emergency rate hike will draw attention over the coming days.  That said, a heavy slate of Fed speakers this week means that market attention will be pulled back to the outlook for US rates.  The hawkish nature of Fed commentary, combined with fears of weak growth in China and slower activity levels elsewhere have reinforced the appeal of the safe haven dollar.  On Friday the DXY index touched a 20-year intraday high, and EUR/USD dropped below 0.9670 intraday.  Further losses for EUR/USD were then notched up overnight.  The weakness of the global economy is on full display in IMF data.  The FT is reporting that IMF lending to economically troubled countries has hit a record high, to the extent that concerns are rising as to the reach of the lender’s balance sheet.  USD strength is a contributing factor in weakness for many economies, insofar as it raises the prices of dollar denominated assets such as energy and increases the costs of funding USD currency debt.  Insofar as weakness in the global economy boosts demand for safe havens, there may now be something of a USD supportive feed-back loop in place.

In Europe, the markets will be digesting the implications of yesterday’s Italian elections.  A coalition led by the Far-Right Brothers of Italy have won a decisive victory, putting Giorgia Meloni in pole position to become the country’s next PM.  Meloni has attempted to soften the position of her party in recent months by emphasising her support for Ukraine and stepping back from anti-EU rhetoric.  This position, however, will be closely watched, particularly given the support for the far-right in Sweden’s recent election and given that risk the French voters may also chose to bring the far-right into the mainstream.

Germany’s September IFO business climate survey will be released later this morning followed by the August Chicago Fed activity index.  Key data later in the week include US August durable goods, September consumer confidence and a Q2 GDP revision.  German September CPI data will be released on Thursday.  In the UK, the labour party conference will have plenty to say about the current state of the UK economy.