Last week’s sell-off was relentless throughout all sectors and asset classes, with more than 400 members of the posting negative returns.

The index’s -22.60% performance in the first 183 trading days is now the fourth worst start to a year in history.

The U.S. benchmark index has now declined by -1% or more 30 times this year. The standing record is from 2008 with 34 declines—but there are still more than three months to go.

And if that’s not enough, seasonality is yet another headwind; September 20th to 26th is historically the worst 7-day period of the year. Looking at the S&P 500 from 1950 to 2021, we have the performance as follows.

First, you will see the average historical performance and then, in parentheses, 2022:

The index is now fighting major support. The chart below shows how it bounced off the 3660 level, closing Friday just barely above it. Monday is giving investors a bit of room to brief, but we remain dangerously close to yet another leg down.

Despite the broad-based drop in asset prices, most stocks remain far from bargain levels.

If we look at the annual low last June, the index traded at 18 times earnings, the most expensive bear market of the last 70 years. Does that indicate that another leg down could be on the way?

Possibly. But the point here is that investors should still beware of current valuations before jumping to buy stocks, even when thinking long term. 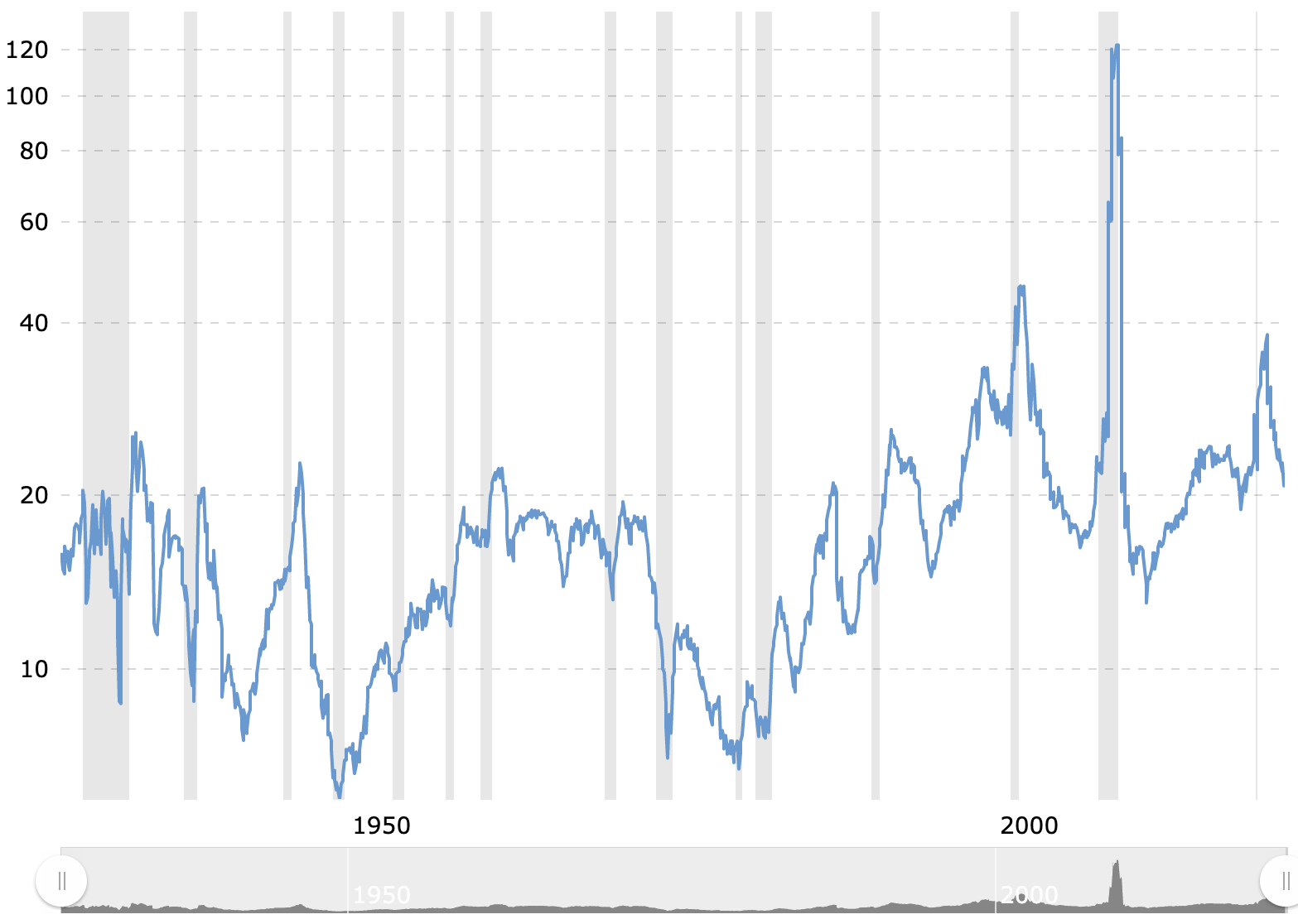 – Bullish sentiment (expectations that stocks will rise over the next six months) retreated 8.4 percentage points to 17.7%. This is one of the 20 lowest readings in the survey history, which dates back to 1987. Bullish sentiment remains below its historical average of 38%.

– Bearish sentiment (the expectation that stocks will fall in the next six months) increased by 14.9 percentage points to 60.9%. Pessimism was last highest on March 5th, 2009 (70.3%). Bearish sentiment is above its historical average of 30.5%. 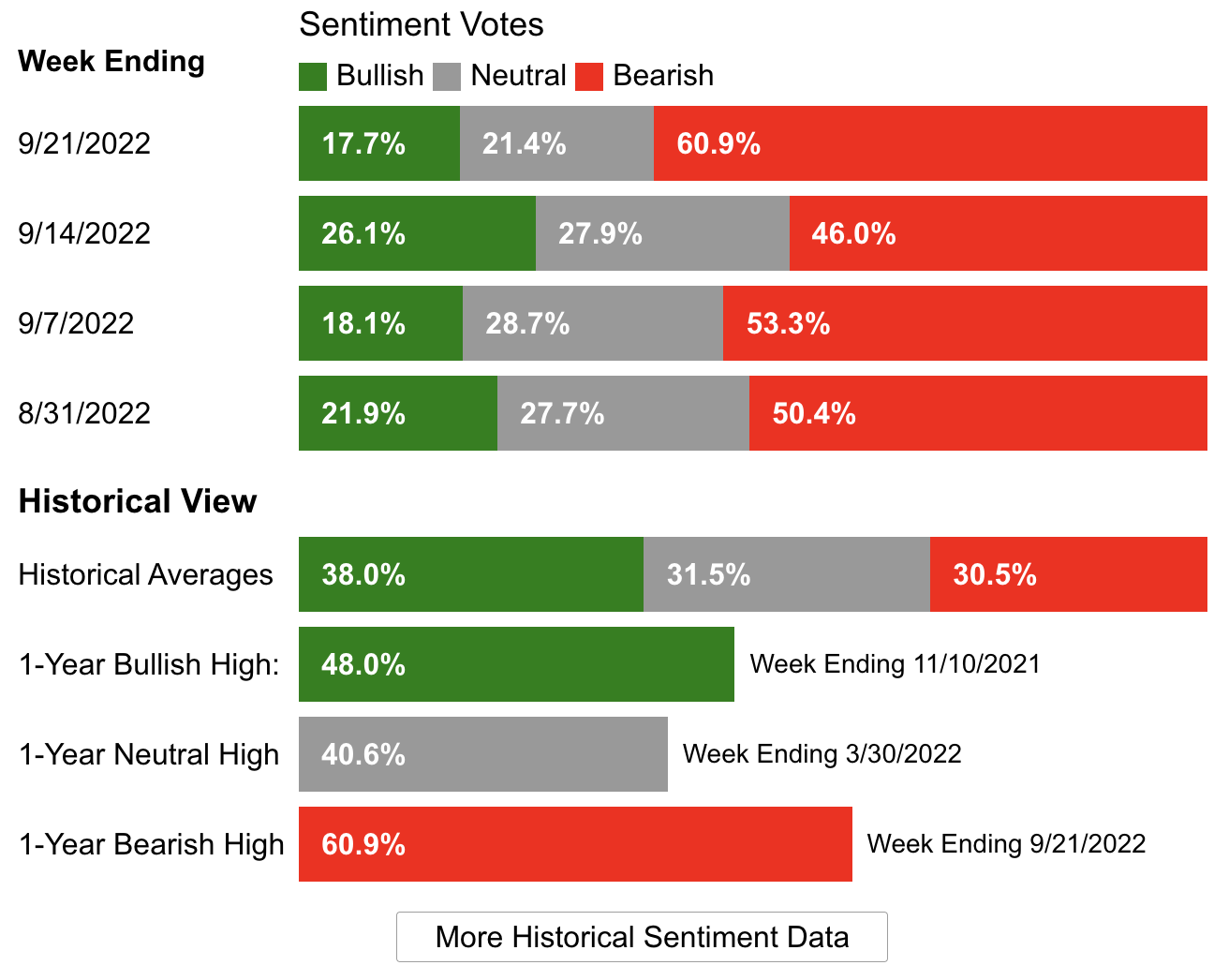 We already know that the Federal Reserve raised by 75 basis points for the third consecutive rate hike to above 3%, and forecasts suggest that it will not lift its foot off the gas until it reaches a range between 4.25% and 4.5%.

But this is a generalized trend because the Fed has not been the only central bank to tighten its monetary policy during the week. The , , , and have also tightened their monetary policy.

Money market funds saw $30.2 billion in inflows during the week, while equity and global bond funds saw outflows of $7.8 billion and $6.9 billion, respectively.

With last week’s drop of -2.34%, the European benchmark accumulated a plunge of -21.2% from its highs, technically entering a bear market.

And if you look at the chart below, you’ll notice that we are also at a critical moment, as the index is testing the support that held its fall in June and July.

The , which tracks futures contracts for everything from to and , plunged more than -3% on Friday and is already down more than -20% from its June high, also entering a bear market.

Disclosure: The author currently does not own any of the securities mentioned in this article.