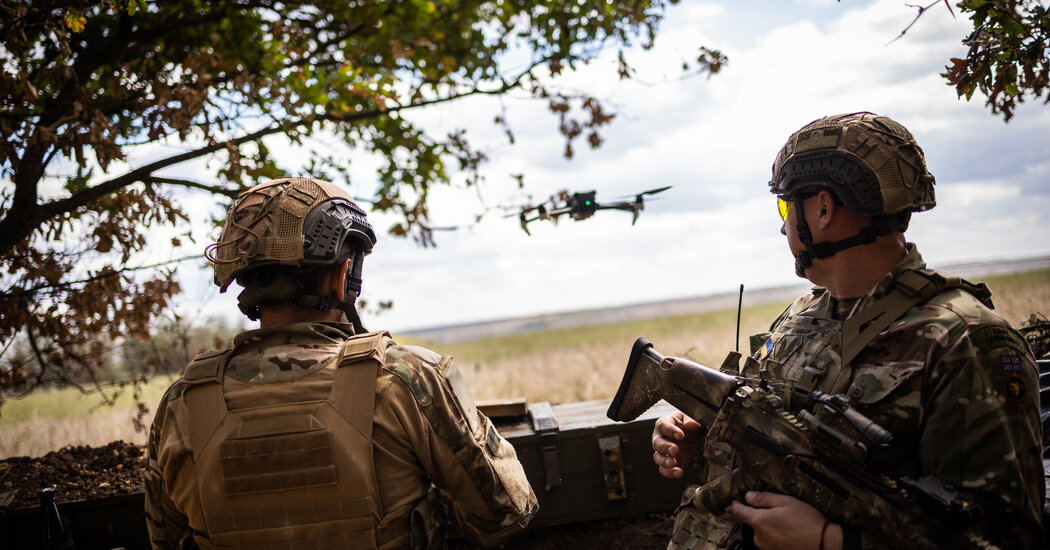 
The divisions over Kherson are only the latest disagreements between Mr. Putin and his top commanders. Senior Russian officers repeatedly questioned the early plans for the war, American officials said, particularly an initial stage that envisioned a quick strike on Kyiv, the Ukrainian capital. The Russian officers believed Mr. Putin was going to war with insufficient troops and weaponry, American officials said.

The Russian officers’ concerns proved correct, and after the defeat of the Russian army outside Kyiv, Mr. Putin eased up his control of military planning. He allowed senior generals to create a new strategy focused on massive artillery barrages, American officials said. The new strategy was effectively a grinding war of attrition that played to the Russian military’s strength and succeeded in pushing the army forward in eastern Ukraine.

Since Mr. Putin ordered his commanders to continue fighting in Kherson, the Russian military has tried to halt the Ukrainian advance there. Last week the Russians blew up a dam on the Inhulets River to make the current counteroffensive more difficult.

But Ukrainian strikes have blown up the crossings over the Dnipro River, which has largely cut off Russian troops from their supply lines on the other side. Russians have had to use pontoon bridges to cross the river, only to see them hit by Ukrainian fire, Ukrainian officials said. “They’ve got units in there who, if the Ukrainians break through the lines, will be cut off and surrounded,” said Seth G. Jones, senior vice president at the Center for Strategic and International Studies. “I cannot overstate how dicey the situation is for them.”

Pulling back past the Dnipro River would likely allow Russian commanders to hold the line in the south with fewer troops. That would give them more latitude to redeploy forces from Kherson to other areas, either pushing back against the Kharkiv counteroffensive in the northeast, solidifying defensive lines in the eastern Donbas region or opening up a new front in the south.

But Mr. Putin has told commanders he will set the strategy.

“In this war there has been a consistent mismatch between Putin’s political objectives and the military means to attain them,” said Michael Kofman, director of Russia studies at CNA, a defense research institute in Arlington, Va. “At important decision points Putin has procrastinated, refusing to recognize the reality, until the options turned from bad to worse.”