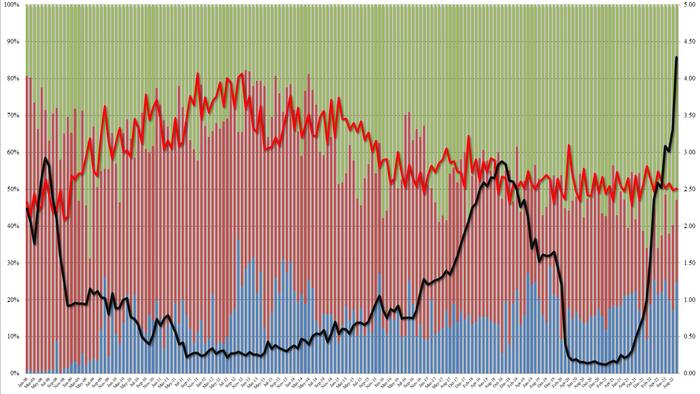 
Just when you thought it couldn’t possibly get any worse for the bond market, we got a dire 2Y auction.

One minute after 1pm, the Treasury announced results from today’s sale of $43 billion in 2Y paper, which were nothing short of disastrous. The high yield – already the highest in 15 years – was almost a full percent, or 98bps, above August’s 3.307%, and stopping at a high yield of 4.290%, the auction tailed the When Issued 4.274% by 1.6bps, the biggest tail going back to feb 2020 when the bond market was similarly paralyzed, but back then it was due to covid.

Overall, a very ugly auction but that was to be expected a time when pretty much everything is blowing up. And sure enough, the 10Y yield spiked to session highs after the results from today’s dismal auction were announced, pushing the 10Y as high as 3.90%, the highest level since June 2010, and sparking the biggest VaR shock of a generation.