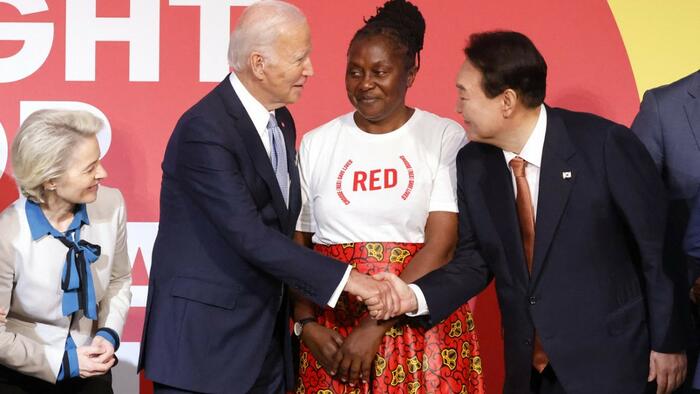 
South Korea’s President Yoon Suk-yeol was caught in an embarrassing hot mic moment on the sidelines of the UN General Assembly meeting in New York this week. The incident happened immediately after a meeting with President Joe Biden at a conference for the Global Fund on Wednesday. He was heard referring to US lawmakers collectively as “f**kers” in Korean, and suggested that Biden is being humiliated:

“How could Biden not lose damn face if these f**kers do not pass it in Congress?” he said. Prior to his insulting remarks, Biden pledged $6 billion to fight HIV and tuberculosis. The aid would need the approval of Congress. “F**kers,” was the top trending topic on South Korean Twitter this Thursday.

According to CNN, “The YouTube clip – which has not yet been taken down – has been viewed more than four million times since it was uploaded and drawn tens of thousands of comments.”

The report notes further that President Yoon has been facing an avalanche of criticism, also related to his traveling to the UK for Queen Elizabeth’s funeral: “While in London, Yoon’s opponents accused him of disrespect because he missed the chance to view the queen’s coffin lying in state – which he blamed on heavy traffic.”

The hot mic moment included the words uttered in Korean, and was published by a South Korean broadcaster, where the clip went viral (captured at the end of the below clip):

Yoon has only been in office since May, and his viral gaffe comes amid increased US-South Korea military ties. He’s been cold toward the idea of seeking diplomacy with Pyongyang, as the North ramps up its weapons testing, even teasing the potential for an upcoming nuclear test.