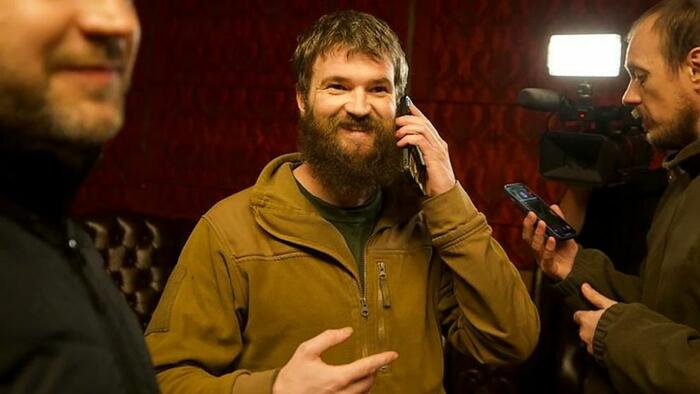 
Turkey’s government is touting that it was President Recep Tayyip Erdoğan who was a main driver behind a successful prisoner swap between the two warring sides of Russia and Ukraine, resulting in the exchange of over 200 prisoners of war. Some reports are saying the Saudi government also helped mediate the deal. Erdoğan while speaking in New York City on the sidelines of the UN General Assembly said it was an “important step” towards ending the war.

It was a major swap involving the freeing of 215 high-profile Ukrainian prisoners of war, notably leading Azov militants and even an Azov battalion commander and his deputy, for 55 Russian troops. But importantly, crucial to the deal was the return of Kremlin-ally and wealthy businessman Viktor Medvedchuk, who had been arrested by Ukrainian authorities in the opening months of the invasion on charges of treason. Medvedchuk had long been seen as Vladimir Putin’s closest ally in Ukraine, and the two are said to be personal friends.

But the deal has sparked outrage in some political and media circles in Russia, given that – as The Intercept and much of the mainstream media previously recognized – Azov regiment is a Ukrainian neo-Nazi military group, and is especially hated in Russia, also having not long ago been formally designated a terrorist organization. On the list of those freed from Russian detention also appear to be a handful of foreign fighters from the US and UK.

“Wednesday’s record prisoner swap between Moscow and Kyiv nearly seven months into the war saw the release of fighters from Ukraine’s Azov Battalion who led the defense of Mariupol in the first months of the war that later became a symbol of Ukrainian resistance,” The Moscow Times writes. “Moscow’s decision to release Azov soldiers, including the battalion’s commander and his deputy, was seen as a betrayal by pro-war and far-right voices.”

Ukrainian President Volodymyr Zelensky first proposed a major prisoner swap in April, just after images of Viktor Medvedchuk in handcuffs appeared in the media. “I propose to the Russian Federation to exchange ‘your guy’ for our boys and our girls who are now in Russian captivity. It is therefore important that our law enforcement and military also consider this possibility,” Zelensky said in the video address at the time. “We will establish the full truth about all these savages. No matter how much time and effort it takes, we will find them all,” Zelensky said, warning also that Ukrainian forces will capture many more soldiers and Russia sympathizers such as Medvedchuk. He stressed at the time this should be taken as a “warning” – saying, “Let Medvedchuk be an example for you.”

Below: after Medvedchuk’s arrest, when Ukraine undertook a “purge” of influential Ukrainians who were seen as Kremlin sympathizers…

Some ten foreigners were among those let go by Russia, including Americans and British nationals. Ukraine’s Zelensky is meanwhile doing a victory lap:

“This is clearly a victory for our state, for our entire society,” Ukrainian President Volodymyr Zelensky said in his nightly address, adding that the swap had been in the works for quite a long time.

Aidan Aslin and a group of foreigners have been allowed to leave Russia after Saudi Arabia offered to mediate Aslin shares this emotional message and said We just want to let everyone know that we are out of the danger zone#Aidan #Aslin #group #foreigners #Russia #Saudi pic.twitter.com/JVtM7ASzyd

Kiev officials are currently alleging that some of those freed Ukrainians show signs of having been tortured. According to further details of what’s being hailed as the biggest and most high-profile prisoner swap thus far in the conflict:

Ten prisoners of war from countries including the United States and Britain were earlier on Wednesday transferred to Saudi Arabia as part of the exchange between Moscow and Kyiv, Zelenskyy said.

“We have managed to liberate 215 people,” the head of Zelenskyy’s office, Andriy Yermak, announced on television. Zelenskyy said five military commanders including leaders of the defense of the Azovstal steelworks in Mariupol were taken to Türkiye as part of an operation prepared well in advance and agreed with Erdoğan.

The released prisoners will remain in Türkiye “in total security and in comfortable conditions” until the end of the war, Zelenskyy added.

But from Moscow’s point of view, this could serve to accentuate Russia’s battlefield setbacks amid the Ukrainian counteroffensive in the East – given according to some critics its forces should have never been this much on the defensive to the point of having to broker a “bad” deal in the first place.

The Wall Street Journal in reporting on still-emerging details quoted the following Russian pundits who are outraged:

Igor Girkin, a former intelligence officer who led pro-Russian militants in a separatist movement in eastern Ukraine in 2014, denounced the release of the Azov commanders as treachery and said it was an insult to those now being mobilized.

“The release…is worse than a crime…and worse than a mistake. It is incredible stupidity,” he wrote. “It was apparently impossible to do this at least a couple of days before the presidential decree announcing mobilization.”

…“It is very strange when Russian heroes are met like this. Empty airfield, no flags, no flowers. Not to mention any greeters,” wrote Andrey Medvedev, a journalist who is often quoted by Kremlin supporters.

Dmitry Seleznev, another pro-war blogger who writes for the WarGonzo Telegram channel, was also critical. “I am not personally against Azov fighters being exchanged. But the fact that Azov commanders must now holiday in Turkey for the rest of the special military operation as a condition for their exchange is a bit of a mockery.”

Source: Putin made a personal appeal to Erdogan to facilitate the release of Ukrainian politician Viktor Medvedchuk, during a meeting in Sochi on 5 August.

Erdogan later that month visited Lviv, where he met Zelensky, struck a deal on 200 Ukrainian POWshttps://t.co/GXk9GGb0wV

A fresh UK tabloid news headline on the swap:

UK Prime Minister Liz Truss announced, “Hugely welcome news that five British nationals held by Russian-backed proxies in eastern Ukraine are being safely returned, ending months of uncertainty and suffering for them and their families.”

All of this comes, ironically enough, as conscripts and reservists have been seen lining up ready to board military buses and transport planes in cities and towns across Russia following Putin’s ‘partial mobilization’ order from the day prior, headed to the frontlines in Ukraine.