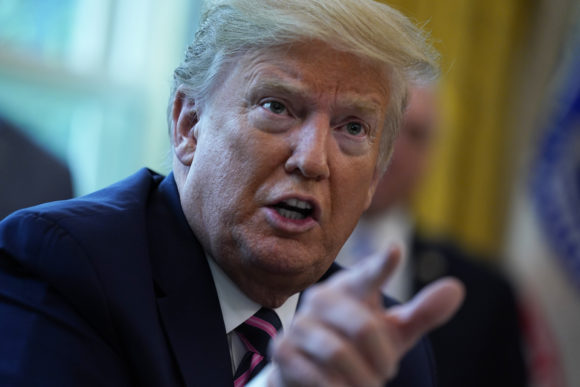 Donald Trump and the Trump Organization used false and misleading statements of financial condition to obtain favorable real estate loans and insurance coverage over the last decade, according to a 222-page civil complaint filed by New York Attorney General Letitia James after a three-year investigation.

While the bulk of the fraud charges concern bank loans, the suit also charges the Trumps with insurance fraud under state laws that prohibit the submission of false information as part of an application for commercial insurance or to claim a benefit under an insurance policy.

James alleges that each defendant participated in a “continuous, integrated scheme” to use false and misleading information to inflate Donald Trump’s net worth in order to obtain financial benefits of about $250 million.

The suit alleges that the former president, with the help of his children and senior executives at the Trump Organization, “falsely inflated his net worth by billions of dollars to induce banks to lend money to the Trump Organization on more favorable terms than would otherwise have been available to the company, to satisfy continuing loan covenants, to induce insurers to provide insurance coverage for higher limits and at lower premiums, and to gain tax benefits, among other things.”

From 2011-2021, Trump and the Trump Organization “knowingly and intentionally created more than 200 false and misleading valuations of assets on Trump’s annual statements of financial condition to defraud financial institutions,” the lawsuit claims.

The suit was filed in the state trial court for New York County.

As penalty for the alleged misconduct, the attorney general is seeking to: permanently bar the Trumps from serving as officers or directors in any New York corporation; bar Trump and the Trump Organization from entering into any New York real estate acquisitions for five years; award disgorgement of all financial benefits obtained through the persistent fraudulent practices, estimated to total $250 million.

In conjunction with the lawsuit, James said she also has referred the matter to the U.S. Attorney’s Office for the Southern District of New York and the Internal Revenue Service for criminal investigation.

The former President took to his Truth Social site to respond, calling the New York Attorney General a “racist” for going after him and his family and labeling the lawsuit a “witch hunt.” His sons, Donald Jr. and Eric, also blasted the suit as a “witch hunt.”

The suit provides details on two insurance scenarios where Aon Risk Solutions was the broker and the Trumps are alleged to have submitted false information: a surety bond program with Zurich North America, and directors and officers liability coverages from Everest National and Tokio Marine HCC.

The Trump financial documents were key components in its insurance submissions. They were used to support Trump’s personal guaranty in lieu of collateral and to misrepresent the valuations of Trump properties, according to the complaint, which notes that the Trump Organization only allowed underwriters to review Trump’s financial statements in person at Trump Organization offices.

Regarding the D&O coverage, the suit also claims that in addition to submitting false financial statements, Trump and his organization failed to disclose an investigation into Trump and other employees that could have affected their ability to obtain the coverage. The Trump firm later attempted to seek defense coverage under the D&O policy for that probe.

Insurance Journal reached out to the insurance firms cited in the complaint but had not been able to connect with them by press time. There are no allegations that any of the insurance parties did anything illegal or fraudulent.

According to insurance excerpts from the AG’s lawsuit:

According to insurance excerpts from the AG’s lawsuit: