After the Fed raised rates by 75 bp yesterday in an effort to curb inflation, markets appear to be recalibrating in line with the message. Fed Chairman Powell reaffirmed the central bank’s commitment to lower inflation despite economic slowdown. The FOMC’s economic projections now put the year-end interest rate at 4.4% vs 3.4% anticipated in June. The terminal rate in 2023 now stands at 4.6%, with a considerable downward revision to economic growth.

Based on these projections, US yields continued to reprice today, prompting the two-year note to break above 4.10%, the best level since 2007. Fears of a Fed-induced recession were clearly visible on Wall Street today, with stocks lower across the board. This trend may not change anytime soon, especially since the labor market remains extremely tight. The most recent jobless claims numbers, which saw petitions for unemployment benefits decline to 213,000, appear to confirm this assessment.

As a result, U.S. equity indices opened and ended lower on Thursday, marking the third consecutive day of declines and touching levels not seen since July. At the closing bell, the Dow and the S&500 posted losses of 0.36% and 0.85%, respectively. Nine of the eleven sectors of the S&P fell but Consumer Discretionary, Financials and Industrials dragged the index down the most.

On the other hand, growth-oriented stocks, and semiconductors such as Advanced Micro Devices led the Nasdaq100 1.17% decline. Tech valuations are negatively impacted by restrictive monetary policy, as rising borrowing costs reduce the value of their future cash flows when discounting them at a higher rate.

Get Your Free Equities Forecast

From a technical perspective, the tech index has already lost more than 31% of its value from its November peak. If bears maintain control of the market and breach the 11485-11455 area, we could see a move towards the 11365 -11325 zone. 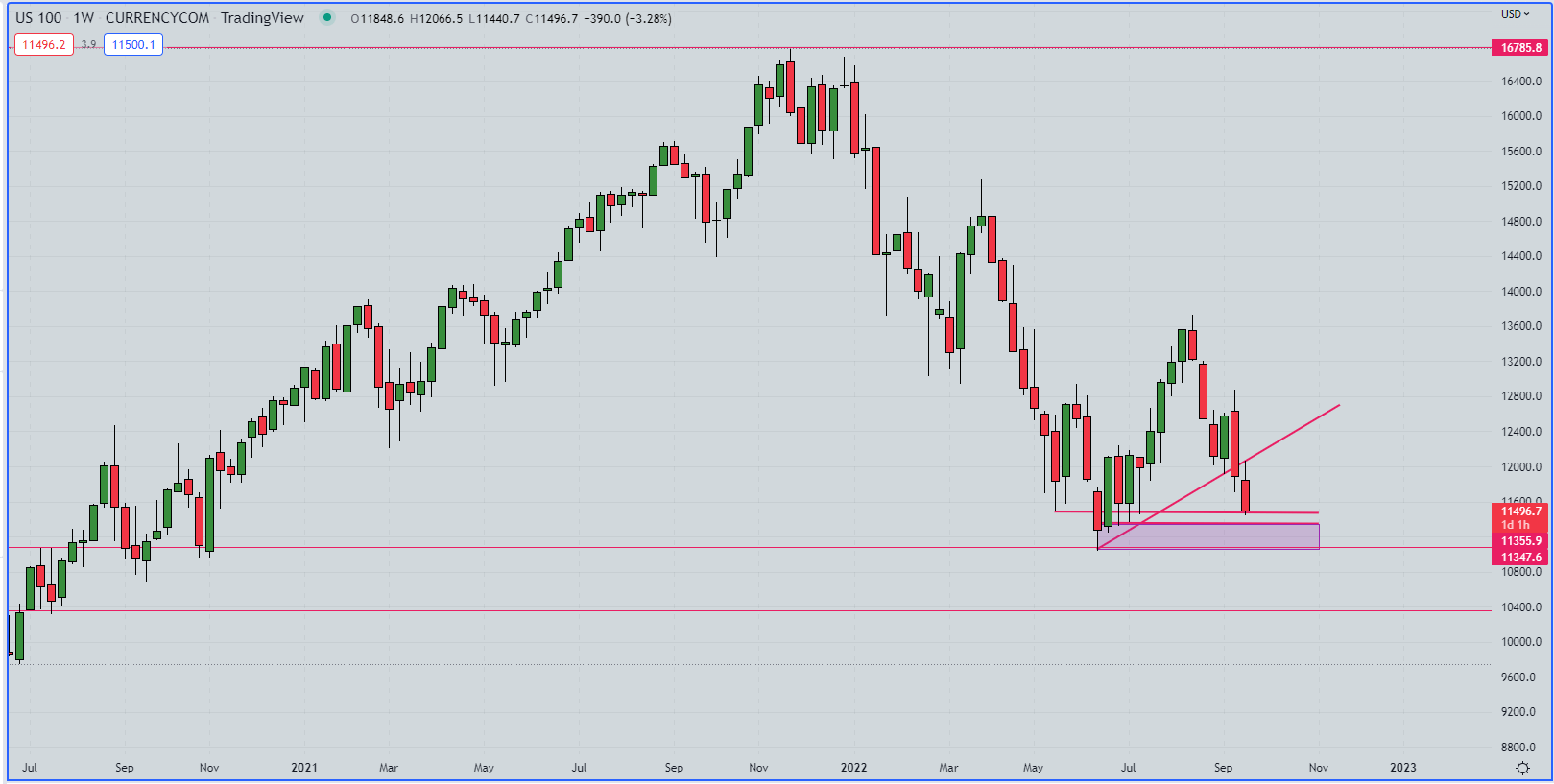 Looking ahead, Fed Chairman Powell is expected to deliver a speech tomorrow at 14:00EDT, a day after the FOMC hiked rates and followed by other central banks. For context, the BoE raised rates by 50bp and said the UK will likely fall into a recession. The SNB hiked by 75bp, disappointing markets, sending the EURCHF to record lows; and the BOJ, while maintaining its accommodative monetary policy, intervened in the currency markets to support the Yen.

The best air fryers for your home and kitchen