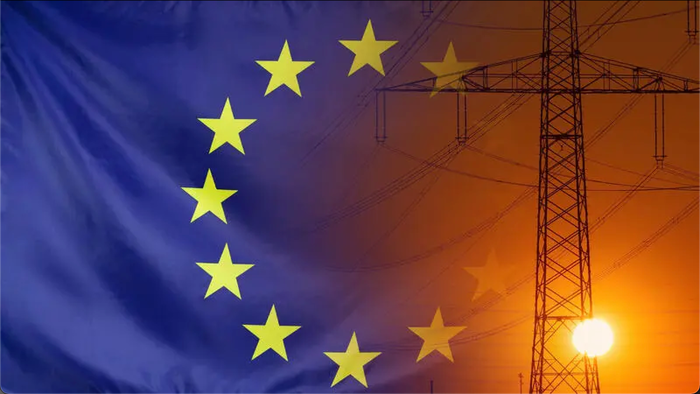 
Europe’s energy sector is facing a perfect storm as a dysfunctional futures market may lead to a new crisis where prices move higher due to a liquidity crunch, according to Reuters.

Sharp market swings in natural gas and electricity prices since Russia’s invasion of Ukraine have left some oil and gas companies without the necessary funds to hedge their physical trades if they cannot satisfy margin calls, an exchange requirement for extra collateral to guarantee trading positions when prices rise…

“We have a dysfunctional futures market, which then creates problems for the physical market and leads to higher prices, higher inflation,” a senior trading source told Reuters.

In March, the lack of liquidity became apparent when trading firms, utilities, oil majors, and bankers sent a letter to governments and financial institutions such as European Central Bank for emergency liquidity to shore up energy markets as prices surged.

A flurry of traders who hedged their physical positions with short financial exposure in derivative markets were squeezed by soaring spot prices due to the invasion and forced to cover as increased exchange requirements forced margin calls.

Market players typically borrow to build short positions in the futures market, with 85-90% coming from banks. Some 10-15% of the value of the short, known as minimum margin, is covered by the traders’ own funds and deposited with a broker’s account.

But if funds in the account fall below the minimum margin requirement, in this case 10-15%, it triggers a ‘margin call.’ –Reuters

Today’s challenging situation ahead of winter is that increased margin requirements to secure trades are sucking up capital at NatGas majors, trading firms, and power utilities.

Some firms and trading desks have called it quits due to high margin requirements, which has led to a decline in market participants — ultimately causing liquidity to shrink, allowing for even more volatility that could send prices higher.

Senior bankers and traders said exchanges, clearing houses, and brokers had increased initial margin requirements to 100%-150% of contract value from 10-15%. For Example, the ICE exchange demands margin rates of up to 79% on Dutch TTF gas futures.

The letter sent by the European Federation of Energy Traders in March said, “the same company which normally expects to experience daily margin cash flows related to price movements of around 50 million euro, now faces variation margin requirements of up to 500 million euro within a business day.”

As we detailed earlier this month, many companies are finding it increasingly challenging to manage margin calls.

One European Central Bank policymaker disputed that figure and said losses are much less in the worst-case scenario.

Last week, Saad Rahim, chief economist at Trafigura, pointed out one warning sign due to the lack of liquidity in commodity markets:

“Open interest and volumes have come down significantly as a result of what is happening on the margining … will ultimately have an impact on the physical volumes that are being traded because physical traders need to hedge.”

European officials have even discussed plans to suspend power derivative markets as a form of intervention to prevent what some believe could trigger the next ‘Lehman Style’ meltdown.

Helge Haugane, Equinor’s senior vice president for gas and power, recently said in an interview that “liquidity support is going to be needed.”

So far, countries like Germany have nationalized failed utilities such as Uniper SE. The question becomes how big the crisis is and if the ECB will need to get involved this winter if prices soar higher due to a lack of liquid markets, triggering even more margin calls. Europe appears to be locked in a death loop.