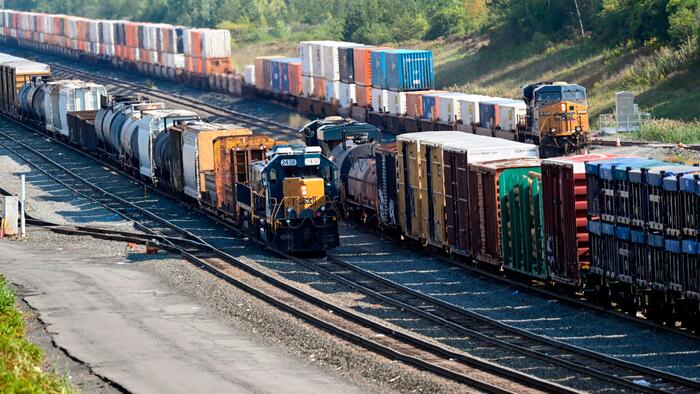 
A rail stoppage that threatened to unleash widespread economic damage by snarling critical supply chains appears to have been averted after freight rail companies and union leaders reached a tentative agreement.

“Following 20 consecutive hours of negotiations at the Department of Labor, rail companies and union negotiators came to a tentative agreement that balances the needs of workers, businesses, and our nation’s economy,” according to a Labor Department statement Thursday morning.

It was a “hard-fought, mutually beneficial deal,” the statement said. “Our rail system is integral to our supply chain, and a disruption would have had catastrophic impacts on industries, travelers, and families across the country.”

President Biden commented on the agreement between railroads and unions:

“The tentative agreement reached tonight is an important win for our economy and the American people.”

“These rail workers will get better pay, improved working conditions, and peace of mind around their health care costs: all hard-earned. The agreement is also a victory for railway companies who will be able to retain and recruit more workers for an industry that will continue to be part of the backbone of the American economy for decades to come.”

The breakthrough tentative agreement was announced one day before more than 100,000 rail workers were set to strike. Even though most rail unions already agreed on labor contracts, multiple unions holding out represented a large swath of rail workers. Such a disruption would’ve cost the US economy $2 billion per day, shuttering about 30% of domestic freight traffic and stoking inflationary pressures.

Railroad companies are moving higher premarket on the news.

Norfolk Southern is up 1.5%, with shares in Union Pacific surging nearly 5%. CSX is up about 2%.