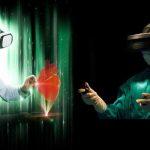 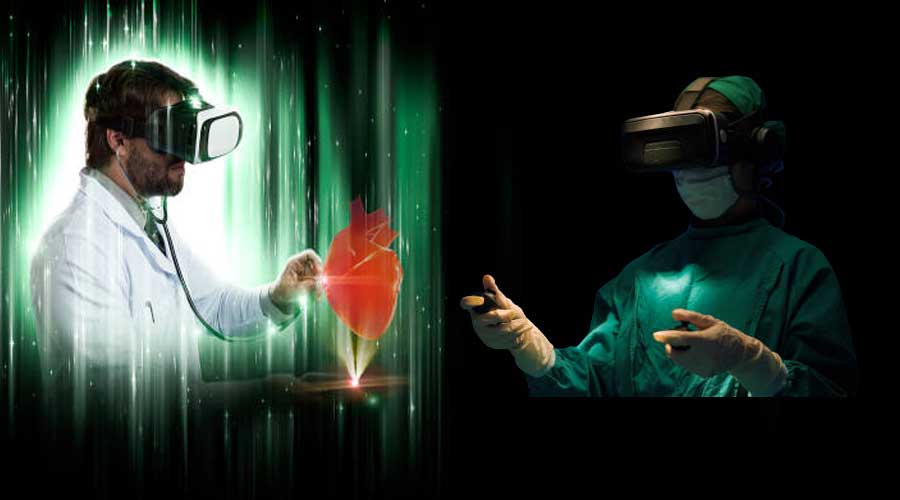 Virtual reality is changing the world. With entertainment as the primary application, VR’s main goal is to take you anywhere and let you do anything—play in snow fights, navigate a submarine, milk a cow, or even perform an alien surgery. According to a ResearchAndMarkets report, virtual reality applications in the US market will surpass $8 billion by 2027. The same report also mentions that healthcare is predicted to be one of the main industries that will increase its use of virtual reality. So, in the near future, healthcare software development services will increasingly include the provision of AR and VR solutions.

While the majority of patient-facing approaches don’t include VR in healthcare for now, it brings in the potential for entering a value-based care era with improved health outcomes and reduced costs. This can be especially true for patients with chronic and mental health conditions. Here’s how.

VR vs. pain, fear, and discomfort

Our brains can help us overcome traumatic experiences, blurring the memory, or even changing it.

Virtual reality accelerates the brain’s capability to transport you to fantasy lands and helps people recover faster or overcome their long-term phobias, fears, and anxieties.

Recently, there has been a lot of academic support to the idea that VR significantly reduces pain. One of the ways it does this is by providing the patient with a distraction. The use of VR can distract the patient from their current condition or a procedure they are undergoing, thus decreasing their perception of the pain. Therefore, using virtual reality in healthcare could potentially redefine the clinical approach to chronic pain management.

Chronic pains rarely give the sufferer any relief. According to a report by the Centers for Disease Control and Prevention, approximately 50 million US adults are living with chronic pain.

The healthcare system was designed to achieve results within short-term care cycles and move on, so chronic pain management and discomfort relief aren’t among its top priorities. Accordingly, addictive painkillers, such as opioids, have become the standard treatment for chronic pain. But this isn’t an optimal solution. As opioid abuse claims about 130 lives every day, providers are eager to find effective, non-addictive alternatives.

VR technology allows for the possibility of overcoming that challenge by taking a proactive role during the session. It also creates an immersive environment that allows patients an effective distraction from the pain.

A 2019 study at Cedars-Sinai Medical Center found that VR significantly reduces pain in hospital patients and that the more severe the pain, the more effective VR is. The results showed that the patients who used VR reported significantly lower numbers on the pain scale than their counterparts in the study who were not given access to VR. The study also showed that the patients who had reported the highest level of pain at the beginning reported the greatest amount of decrease in pain.

Phantom limb pain, or PLP, is cited as a symptom by about 80% of amputees. The reasons PLP occurs are not yet defined, but one of the most popular theories states that the brain struggles to process a sudden lack of input from the lost neural cords.

For amputees, VR submerges the patient into an alternate reality via goggles and sensors to capture limb motions. In this reality, the patient is able to control both the existing and missing limbs and perform different exercises, such as pushing buttons, grabbing things, and moving objects around. With the regained ability to control the non-existing body part in the virtual world, the patient’s brain can release the tension and reduce the pain in the real world.

Multiple virtual reality games recently introduced controller support, so we can expect further evolution of motion capture technology in the next couple of years. Healthcare can certainly benefit from this, especially when it comes to physical and cognitive rehabilitation from brain injuries and traumas, such as stroke.

VR and motion capture sensors can facilitate recovery, as they allow patients to exercise for as long as they need to in an immersive environment, sometimes while lying in bed. Therefore, this can increase their chances of regaining use over paretic limbs.

VR allows physicians to assess a patient’s cognitive rehabilitation levels and determine if there are improvements being made. Virtual tools can be used to evaluate whether the patient is ready to return home and regain their previous quality of life. Virtual environments help physicians simulate routine activities, gradually increasing the complexity level to increase the chances that patients will successfully return to their ordinary lives.

VR takes exposure therapy to a whole new level, allowing therapists to personalize the phobia treatment process and make it as gradual as needed for each patient. At some point, a patient gets accustomed to situations pertaining to their phobia and gets to the point where they can better cope with their fear.

This approach also works with people suffering from post-traumatic stress disorder, or PTSD, such as soldiers or victims of assault. These patients can develop a variety of symptoms, including insomnia, nightmares, irritability, and panic attacks. Symptoms can appear years after the event, and patients can struggle to maintain a normal life.

VR brings hope to help PTSD patients recover from their anxiety by allowing them to reenact the traumatizing experience as many times as needed. Eventually, many patients will be able to overcome the stress disorder.

On the verge of clinical VR

With the opioid crisis in the spotlight, non-medication therapies are gaining momentum and attracting more effort, especially in the psychological realm. As technology spurs forward, virtual reality in healthcare becomes a worthy alternative to addictive painkillers.

The accelerating quality and affordability of virtual reality devices and supporting motion trackers can expand access to immersive therapies for the patients who need them. Hopefully, with these developments, we can anticipate more effective post-stroke rehabilitation, phobia treatment, chronic pain management, and PTSD recovery.