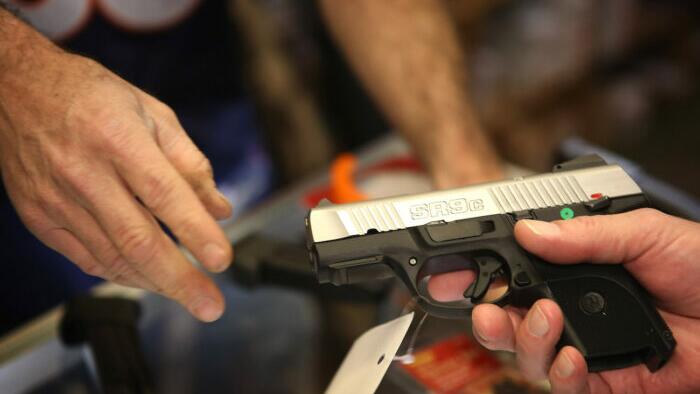 An international standards body has approved the creation of a merchant category code for gun retailers to identify credit card sales of guns and ammunition.

The International Organization for Standardization (ISO)—a non-governmental body based in Geneva, Switzerland that creates standards across various industries, including the financial services industry—has approved the new merchant category code for gun and ammunition stores, according to a Sept. 9 announcement from Amalgamated Bank, a New York-based bank that had applied to ISO for the merchant category code.

The approval took place at a meeting on Sept. 7, ISO confirmed to Payments Dive in an email. A subcommittee of the organization approved the code, an ISO spokeswoman told Reuters.

The approval from ISO enables banks that process payments from gun retailers to decide whether they should assign the new category code to gun merchants. The code could help monitors track where a person spends money via card, but wouldn’t show what specific items were purchased.

Currently, credit card companies classify retailers with other merchants as either “5999: Miscellaneous retail stores” or “5941: Sporting Goods Stores,” according to CBS News. While a new merchant category for firearm stores has been approved, it doesn’t have a code value assigned just yet, as of late Sept. 9.

Amalgamated Bank, which calls itself “America’s socially responsible bank,” said that its decision to push for creating the new code is “the result of nearly three years of research and partnership with issue experts at Guns Down America and Giffords Law Center and broad support from elected officials, pension funds, and others across the United States.”

Amalgamated Bank was founded by union workers nearly 100 years ago. The bank first tried to apply to create the gun merchant code in July 2021, but the application had been denied twice by the ISO, after which it applied again for the new merchant category code in June this year, reported CBS News.

Following the ISO approval, Amalgamated Bank is calling for credit card companies that typically follow the ISO standards to implement the new merchant category, but it is unclear whether the companies will adopt it.

Priscilla Sims Brown, the president and CEO of the bank, said on Sept. 9: “We all have to do our part to stop gun violence. And it sometimes starts with illegal purchases of guns and ammunition.”

“The new code will allow us to fully comply with our duty to report suspicious activity and illegal gun sales to authorities without blocking or impeding legal gun sales,” she said in a statement.

“This action answers the call of millions of Americans who want safety from gun violence and we are proud to have led the broad coalition of advocates, shareholders, and elected officials that achieved this historic outcome.”

Some groups have criticized the ISO approval.

Mark Oliva, the managing director for public affairs for the National Shooting Sports Foundation, a U.S. trade association for the firearms industry, told The Center Square that the code’s creation was “flawed on its premise.”

“Those who believe it will help law enforcement do not provide details on what should be considered suspicious purchases,” Oliva told the outlet.

He separately told Gothamist: “This decision chills the free exercise of constitutionally protected rights and does nothing to assist law enforcement with crime prevention or holding criminals accountable. Attaching codes specific to firearm and ammunition purchases casts a dark pall by gun control advocates who are only interested in disarming lawful gun owners.”

“Implying that firearm purchases are suspicious demonstrates an obvious bias these attorneys general hold against anyone who chooses to exercise a fundamental constitutional right.

“The true travesty is that New Yorkers and Californians must continue facing the violent criminals pushed back on the streets thanks to these two attorneys general reckless soft-on-crime policies.”