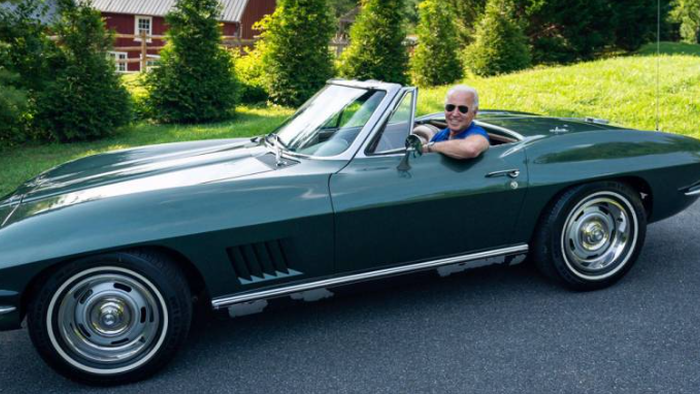 
President Joe Biden is going to be expected at the forthcoming Detroit Auto Show that will be taking place in two weeks. It’ll mark the first time he has visited Detroit since his days as Vice President, Bloomberg noted last week.

“I’ll be there. I’m a car guy, as you kind of noticed,” Biden said last week when asked if he was going to attend.

Sure, we noticed. In fact, we couldn’t help but notice that Biden is such a car guy that his administration is trying to force through counterproductive and burdensome environmental and EV requirements for auto manufacturers. Biden apparently has such reverence for the industry he has decided that it needs to be changed in its entirety.

The new requirements and subsidies under the Biden administration have forced automakers to fundamentally change their vehicle lineups and how they operate. They’ve also become a tax on the American people that is dropping straight to the bottom line of auto manufacturers, as we’ve noted over the last week that automakers are raising their EV prices by almost the exact amount that the Biden administration is offering in subsidies to buyers.

And he’s such a fan of U.S. auto companies that Biden has barely acknowledged U.S. automaker Tesla’s existence, simply because the company isn’t embracing unionization amongst its workers.

Recall, back in May, we noted when Musk delivered a scathing criticism of Biden and the President’s handling of inflation. Musk told a virtual conference ;last month that he believes the government has printed too much money in recent years.

“I mean, the obvious reason for inflation is that the government printed a zillion amount of more money than it had, obviously,” Musk said, likely referring to COVID-19 relief stimulus packages worth trillions of dollars that were passed in recent years.

If governments could merely “issue massive amounts of money and deficits didn’t matter, then, well, why don’t we just make the deficit 100 times bigger,” Musk asked. “The answer is, you can’t because it will basically turn the dollar into something that is worthless.”

Biden was officially invited to the Auto Show by Maureen Donohue Krauss, chief executive officer of the Detroit Regional Partnership, who also sought out Commerce Secretary Gina Raimondo to attend.

The show starts on September 14 and the last sitting President to attend was Barack Obama, Bloomberg noted.

Biden concluded: “As my grandfather used to say, with the grace of God and the goodwill of my neighbors, I’ll see you at the Auto Show.”