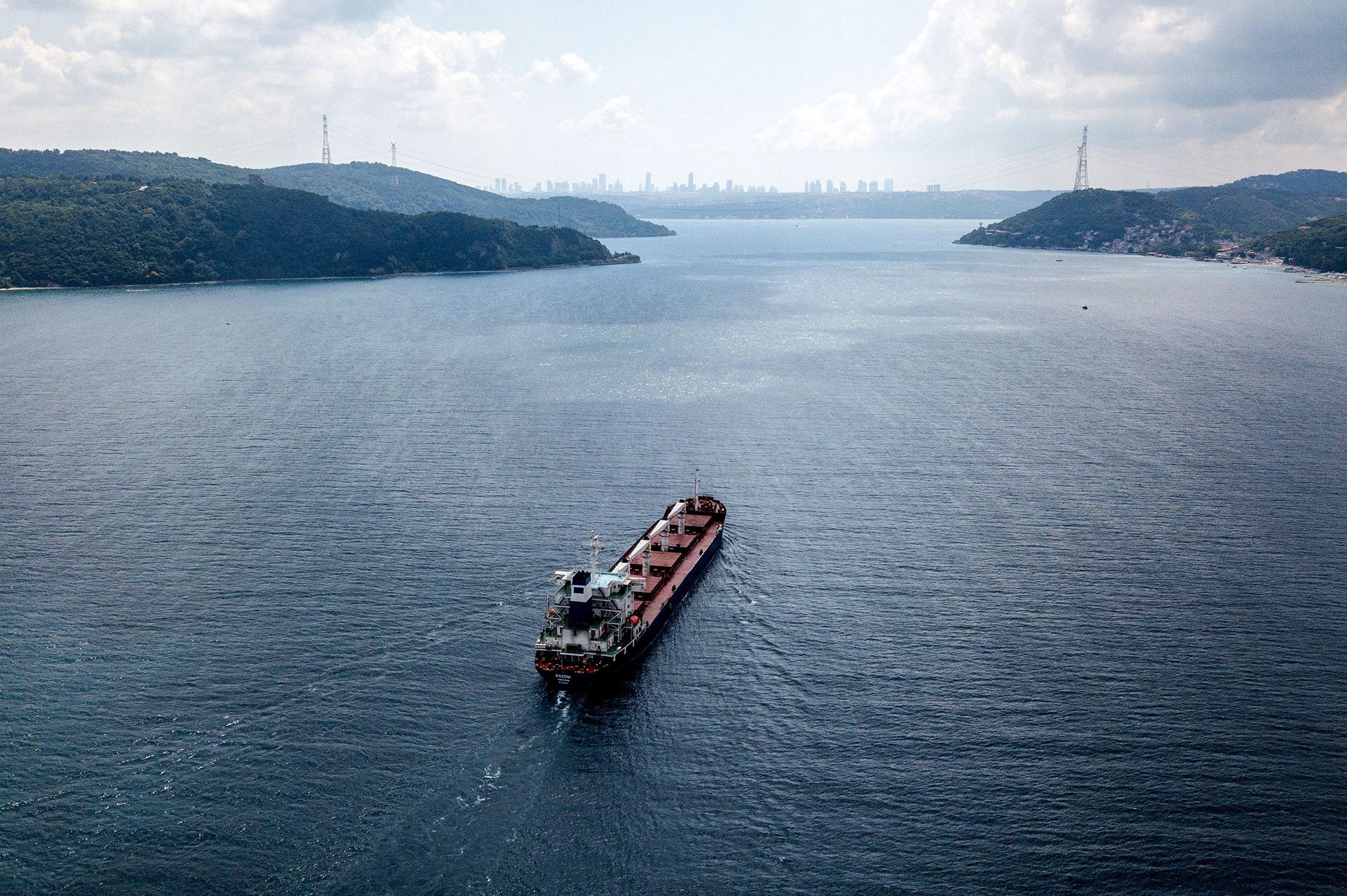 Ukraine’s first shipments of grain since being invaded by Russia are a harbinger of relief for squeezed global markets, but many challenges remain before the millions of tons of food stuck in the country can be released.

Perhaps the biggest is the willingness of shipowners to send their vessels into harm’s way, as the waters are littered with mines and Russia didn’t hesitate to strike the port of Odesa after the safe-passage agreement was signed. Officials with knowledge of the insurance market quoted a wide range of figures for covering the nation’s cargoes, with most of the numbers looking prohibitive for the trade.

“Insurance costs should be very high, and without any government assistance it will be difficult to find,” said Benoit Fayaud, an analyst with Strategie Grains in France. “It can be an issue for exports to accelerate.”

The trickle of activity started with the Razoni, which headed for Lebanon at the beginning of the week with 26,527 tons of corn. Three more boats sailed from Ukraine’s Black Sea ports on Friday, and two ships are heading to Chornomorsk port from Turkey to pick up cargoes.

Together that would make about 85,000 tons of exports in a week — a symbolic start but less than 8% of what Ukraine usually ships at this time of year. Some quantities also are being exported by road and rail, but in much smaller volumes than can be traded by sea. Prices for wheat and corn soared after the invasion, exacerbating food shortages for countries such as Somalia that rely on Ukraine growers.

“People are putting out feelers to see if they can put things together,” he said. “Things will start gaining pace next week.”

Insurers are offering non-binding policies to shipowners with war risk rates anywhere between 1% and 5% of the ship’s hull value, according to people involved in the market. In less risky areas, such cover is often just a small fraction of 1%.

Besides the insurance, boats stuck in the ports of Odesa, Chornomorsk and Pivdennyi for months may need to be inspected, and any defects will need to be fixed.

“There will be some exports through the Black Sea ports, but not so much, not as before at least,” Fayaud said. “It will take a lot of time for the new boats to be loaded.”

Standard operating procedures for the shipping corridors were close to being finalized and will be made public once they are agreed upon, a UN spokesperson said Monday.

Mouyis estimates that activity in the Black Sea dropped by more than two-thirds after the war began, though Russia has continued exporting big volumes of grain from Novorossiysk and Kavkaz in the northeast. Black Sea ports saw about 20% more arrivals from Turkish and Russian-owned boats in the second quarter, and 20% less calls by Ukrainian-owned boats, according to data from Lloyd’s List.

No vessels leaving Ukraine had yet been covered under insurer Ascot Group and insurance broker Marsh’s new grain and food insurance program for the country, Chris McGill, head of cargo at Ascot Group, said Wednesday.