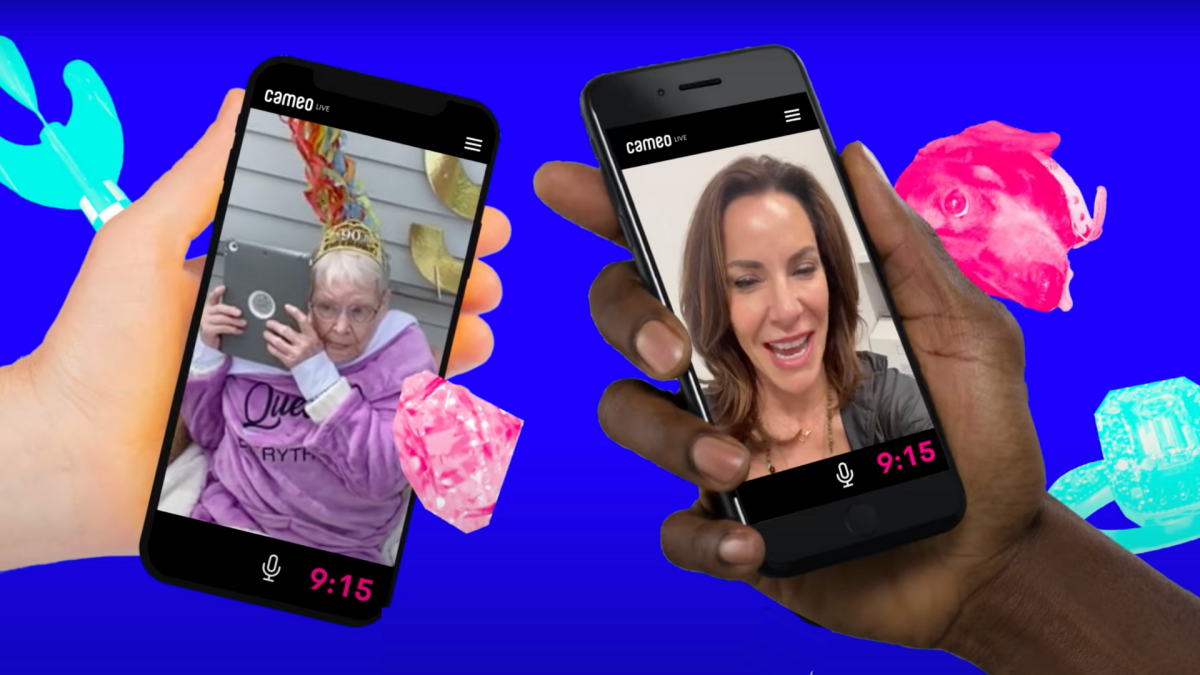 
Starting today (Aug. 18), Cameo will be offering 10-minute calls with celebs via a service they’re calling “Cameo Live,” which honestly sounds like too much time to spend with a celebrity. (Never meet your heroes.)

Through this new Live feature, you can choose to chat one-on-one or invite up to nine friends to join you. No information was available about average pricing for these sessions, but the company noted that “talent are firmly on board because the longer time frame and larger call attendance… build more personal relationships with fans than ever before.”

Cameo has tried this concept twice before: first by offering Zoom-call Cameos in June 2020 and then moving the service to their app with Cameo Calls of up to 15 minutes. But in their announcement today, the company referred to Cameo Calls (which will be phased out) as its “two-minute meet & greet product.”

That implies that the original Cameo Call length of 15 minutes was… 13 minutes too long.

Industry precedent (and common sense) confirms that even an awkward five minutes can feel like an eternity. The K-Pop industry, which has been hosting fan calls since March 2020, only allows about 90 seconds per group member. To attend, fans buy albums from approved merchants, with each album counting as a single entry into a lottery for a limited number of fan call slots.

Cameo Live isn’t such a gamble; you’re all but guaranteed a call with your favorite reality TV star for a fee. But maybe keep that call to a quick, cute five minutes.