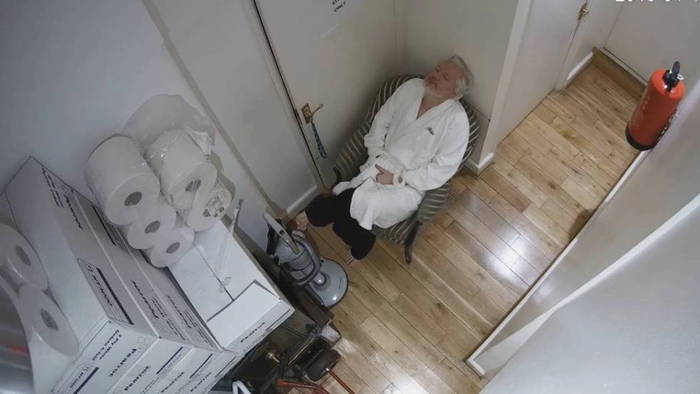 
A group of journalists and lawyers that previously worked with Julian Assange and WikiLeaks who say they were illegally spied on by US intelligence are suing the CIA and its former head Mike Pompeo. “The United States Constitution shields American citizens from U.S. government overreach even when the activities take place in a foreign embassy in a foreign country,” lead attorney for the plaintiffs, Richard Roth, said Monday in filing the lawsuit.

“The lawsuit said that CIA under Pompeo violated the privacy rights of those American journalists and lawyers by allegedly spying on them,” Reuters reports of the legal action. “The plaintiffs include journalists Charles Glass and John Goetz and attorneys Margaret Kunstler and Deborah Hrbek, who have represented Assange.”

Then CIA director under President Trump, Mike Pompeo, is at the center of the legal action and allegations. As is their normative practice, the CIA isn’t commenting publicly on the lawsuit – but it’s widely known and established that the CIA is barred by US laws from spying domestically or on US citizens.

The CIA’s mandate, along with the rest of the US intelligence community, or IC, is exclusively foreign, with multiple scandals uncovered by 1970s into 1980s Congressional hearings (the Church Committee being foremost), resulting in attempts at greater legal safeguards to protect Americans as well as reign in major unapproved clandestine operations.

Monday’s lawsuit was filed in the U.S. District Court for the Southern District of New York, as Reuters details:

The filing said the journalists and lawyers were required to surrender their electronic devices to Undercover Global S.L., a private security company which at the time provided security to the embassy, before their visits to Assange. The lawsuit alleged the company copied that information and provided it to the CIA, which was then headed by Pompeo.

This period in question was from Assange’s seven-year asylum stay at the Ecuadorian Embassy. In July of 2020 it was revealed in testimony at the Spanish National Court,  Audiencia Nacional, by at least four former employees Undercover Global SL that the security firm was spying on Assange and those who would come visit him, including his legal team.

Multiple in-depth reports by investigative journalists subsequently exposed the outfit as essentially a front for the CIA, or essentially was secretly being contracted by the intelligence agency, to keep taps on Assange and his lawyers’ strategy for securing his release. This even included collecting surveillance footage of Assange and his family members from inside the embassy at that time, with bizarre efforts to collect DNA, including from his child’s diaper.

Spain’s El Pais for example detailed in 2020 that “David Morales, a former military official who owns the security firm Undercover Global SL, is under investigation by Spain’s High Court, the Audiencia Nacional, for spying on Assange’s meetings with his lawyers and allegedly handing information to the CIA.”

“Morales suspected that a baby who was repeatedly brought into the embassy by Stephen Hoo, an actor friend of Assange’s who paid him regular visits, might really be the cyberactivist’s own child, and these visits were recorded.”

Surveillance company watched Assange in the embassy at all times, had microphones in bathroom and in fire extinguishers, taped his meetings and recorded his mood, took samples from diaper of baby that visited him, shared all data with CIA https://t.co/8IDWbDETMJ

The report resulted in a major public scandal and outrage, with an outpouring of support from WikiLeaks, given “Morales even issued orders to steal the baby’s diapers to analyze the contents for DNA, although the task was never carried out.”

“Reports were drawn up about Stella Morris and about Stephen Hoo, according to video and documentary material to which EL PAÍS has had access.” El Pais wrote further.

There have also been more recent revelations that Pompeo or other US officials may have greenlighted a ‘kidnap of kill’ mission if US operatives abroad ever got the chance to take out the WikiLeaks founder. Earlier this year a Spanish Court examining the allegations summoned Pompeo to explain and be questioned over the alleged plot; however, he refused the summons.