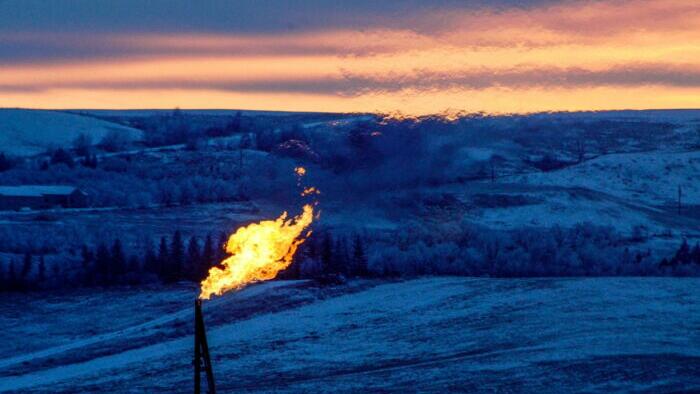 
Authored by Beth Brelje via The Epoch Times,

It will take more than an extra sweater to stay warm this winter; anyone heating with natural gas will require extra money to burn the furnace. Natural gas is sharply higher than it was last year. This week, natural gas was $8.20 an mcf—the volume of 1,000 cubic feet. This is the price paid to gas producers, set by Henry Hub. It is the highest price in 14 years.

“Because of what’s going on globally, and because of the policies in certain areas, [producers] are not able to produce as much [gas] and it drives the price up,” Dan Weaver, president and executive director at Pennsylvania Independent Oil and Gas Association, told The Epoch Times.

They are not drilling a lot of new wells, he said of producers, but with higher prices, they are recovering from when prices were soft. “Traditionally, under Democratic administrations, prices are higher. Under Republican administrations prices are lower, but Republicans are more welcoming, so there is more activity because permits get through in a more timely manner.”

When you add costs like transportation, marketing, and pipeline maintenance, the consumer price is higher.

Natural gas prices depend on demand, weather temperatures, economic conditions, and petroleum prices, according to the U.S. Energy Information Administration. While cold weather increases demand for heating, hot weather calls for air conditioning and that puts more demand on electric power plants which use natural gas. It means demand for natural gas is highest in summer, and that is when consumer prices are highest. But consumers may notice the gas price more in the winter when their homes are using it directly for heating.

Consumer natural gas prices tend to peak in July or August and are lowest in November, December, and January according to data from the U.S. Energy Information Administration (EIA).

The residential price for natural gas was projected to be $23 per mcf by August 2022, according to the EIA, but the most recent price listed was $17.55 in May.

Using a quick math formula, we can see how this will affect the average home.

The green agenda has curtailed growth and certainty in the gas industry, Weaver indicated.

“The other thing that’s driving it is what’s going on In Russia. A fair amount of gas is being shipped overseas, to help offset the Russian gas [shortfall] in Europe. So that’s driving the price. It’s a global commodity. This is no longer just here; It’s global.”

“It’s going to take somebody’s grandma getting very, very cold in the middle of winter for these people to wake up to realize that elections have consequences,” Weaver said.

“If you want this green agenda, you are going to be paying more.”