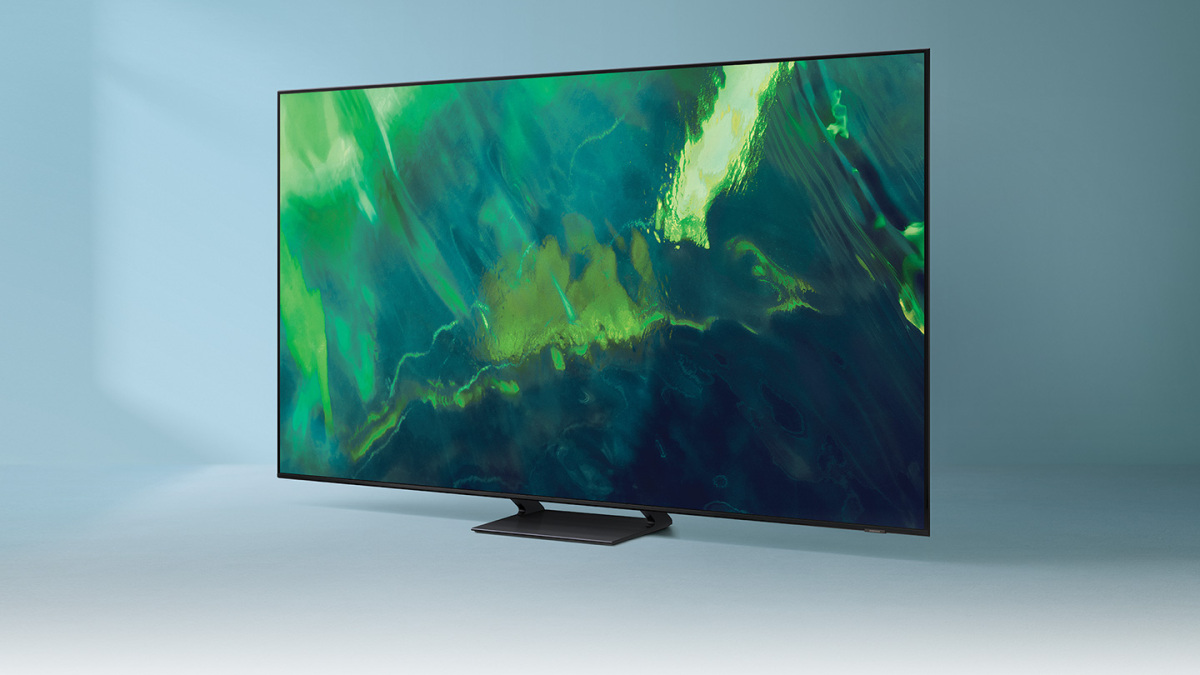 As we approach mid-August, we’re looking ahead at the new TV releases that’ll cushion the blow of summer’s end. Between shows picking back up for their fall season, the highly-awaited premiere of House of the Dragon, and football season, we’re pretty set.

An XL QLED TV this close to the $2,000 price point is pretty major. Especially because this isn’t even Samsung’s entry-level QLED — it’s the Q70, which is a rank higher. Compared to the baseline Q60, the Q70 has a higher contrast ratio and doubles the refresh rate from 60Hz to 120Hz. If you don’t have room to mount it, the sole pedestal stand holding up the screen is chic on its own (compared to the standard two-leg design).

All of Samsung’s QLED TVs slip an extra layer of quantum dots between the backlight and the LCD panel. The filter of tiny particles creates more vibrant, more heavily saturated colors than you’d see on a regular LED TV, even if it’s also 4K.