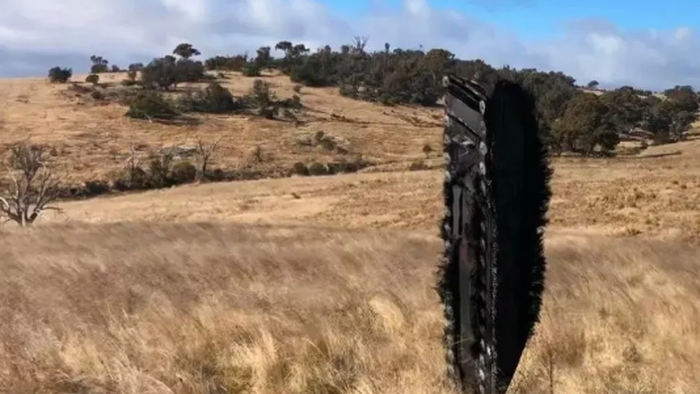 That is, until three “large chunks of space debris” that are being attributed to SpaceX, crashed landed from the sky, according to the Australian Space Agency.

The “junk” was found embedded in farmlands in New South Wales, according to Live Science. It came from “part of a SpaceX Crew Dragon spacecraft that likely reentered the Earth’s atmosphere on July 9”, according to the report.

On the day of the re-entry, locals said they saw a “blazing light arc” and heard a sonic boom.

Among the debris was a 10 foot tall spike that had been charred black from re-entry. It was found by sheep farmer Mick Miners on his farm south of Jindabyne. His neighbor, Jock Wallace, also discovered pieces nearby on his farm.

Wallace was told by Australian authorities to contact NASA. “I’m a farmer from Dalgety, what am I going to say to NASA?” he said to the Australian Broadcasting Corporation News.

The Crew Dragon had been launched in November 2020 with the plan of taking four NASA astronauts on a round trip to the International Space Station.

The debris is “from the unpressurized trunk of the Crew Dragon,” according to experts.

The trunk was stocked with solar panels and “was intentionally jettisoned upon reentry to make the Crew Dragon’s return to Earth easier”. However, the report notes that “engineers planned for it to hit the ocean, not a farm.”

“I think it’s a concern it’s just fallen out of the sky. If it landed on your house it would make a hell of a mess,” Wallace concluded.

It marks the largest recorded piece of space junk to land in Australia since 1979.