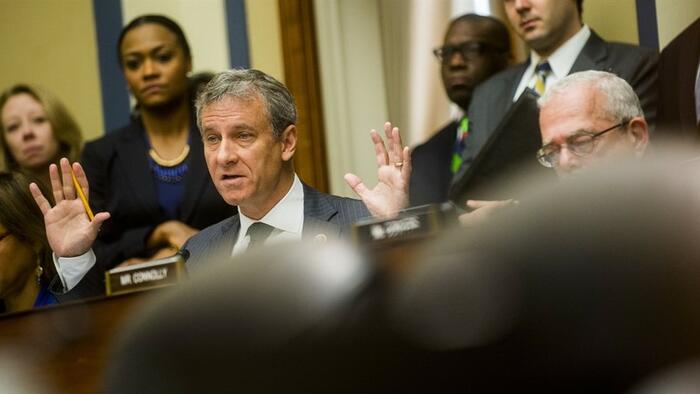 
Authored by Jazz Shaw via HotAir (emphasis ours),

The very wealthy Leona Helmsley was once famously quoted as allegedly saying, ‘We don’t pay taxes; only the little people pay taxes.’ Now we have a repeat offender in Congress who may have studied Helmsley’s philosophy at some point. The Free Beacon has discovered that Pennsylvania Democratic Congressman Matthew Cartwright is once again in trouble for being delinquent on his property taxes. Cartwright and his wife share a condo in Washington and tax records indicate that they owed penalties and interest from 2021 due to being late in paying their taxes. As a Democrat who has repeatedly voted in favor of tax increases, that probably sends a rather poor message to the working-class voters of his district who have to avoid the wrath of a constantly growing army of IRS agents. With the midterms only a few months away and the country in the middle of a recession and skyrocketing prices for just about everything, people may have taxes on their minds when they go to the polls.

Cartwright last year owed $436.63 in penalties and interest, stemming from the late property tax payments on his Washington, D.C., condo he shares with his wife, according to D.C. Office of Tax and Revenue records reviewed by the Washington Free Beacon.

The news could be a problem for the congressman, who is locked in a competitive race against Republican challenger Jim Bognet.

Granted, we’re not talking about a huge sum of money here. Less than 500 dollars in penalties suggests that the Cartwright family probably paid most of their real estate taxes. But when you’re talking about the IRS, “most” isn’t good enough.

Also, this isn’t the first time that Cartwright has been in trouble with the Tax Man over his Washington condo. Back in 2018, he was in somewhat deeper hot water with the city. At that point he had run up a tab of nearly $4,000 in penalties and fees over a five-year period. His opponent in that year’s election ran campaign ads highlighting the situation and nearly unseated him.

Cartwright told reporters at that time that his tax delinquency was simply an “oversight.” He said that being in Congress is “a very busy job that I have and I’m working really hard at it.” That may be true, but do any of you think that the IRS would accept that excuse from you if you fell behind on your taxes? Color me dubious.

Again, this isn’t a huge sum of money we’re talking about and it’s not hard to see how someone might miss a payment here or there. (Doesn’t the congressman make enough money to pay someone to handle his taxes and keep up with these details, though?) But that’s not really the point. If you are one of the people charged with creating and modifying the tax laws that everyone else in the country has to follow, you are obviously going to be under scrutiny to ensure that you follow those laws yourself. A failure to do so produces some of the worst political optics imaginable.

And those optics may be on the congressman’s mind at the moment. He is currently in a tight race to keep his seat in November and it’s one that analysts are rating as a “tossup.” The GOP would dearly love to claw that seat back as they try to retake the majority in the house. And Cartwright’s tax headaches are the last thing his party needs to see right about now.