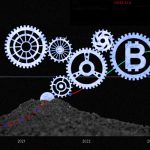 Block Inc soars high but it is not because of Bitcoin

Block Inc. noted the business generated $1.79 billion of Bitcoin revenue in the quarter, down 34% YoY, while Bitcoin gross profit was only $41 million, which suggests it may be a high-cost venture to provide Bitcoin services to its customers. However, Block Inc. emphasized that the BTC profit slump doesn’t reflect the broader performance of the business. It also noted that BTC profits will likely fluctuate over time as a result of “changes in customer demand or the market price of Bitcoin.” The company also noted that it recognized a $36 million impairment loss on its BTC holdings. However, this is likely just a loss on paper.

Under United States accounting procedures, crypto is classified as an intangible asset on balance sheets and companies must report a loss when the price of the asset drops below its cost basis, even if a gain or loss has been realized through a sale during the given quarter. The company noted that as of June 30, 2022, the fair value of its investment in Bitcoin is $160 million based on market prices. Investors appear un-impressed with Block Inc.’s performance in Q2, however, as the firm’s stock SQ has dipped by 7.42% in after-hours trading to sit at $83 at the time of writing. Bloomberg suggested this was due to the company reporting lower than expected transaction volume at $52.5 billion, as opposed to the estimated $53.47 billion. Bitcoin from the Block Dorsey, the fervent Bitcoin maxi, has been relatively quiet about his plans for digital gold since announcing that Block Inc. was bypassing the Web3 model to build the Bitcoin blockchain-focused Web5 project in June.