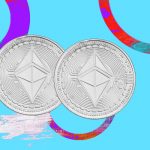 The path goes only up after Ethereum surpasses the US$1.6K mark.

Ethereum (ETH) is up over 40% in the past month, outperforming bitcoin (BTC) and other major cryptos. BTCS Inc. Chief Executive Officer Charles Allen says in an interview with Coindesk, “I think Ethereum could definitely be a silver lining here”. At the time of writing, Ethereum is running at US$1658.18 with an upward surge. Experts feel that this is the point from where Ethereum will only go up.

However, the coin is not yet out of danger. If Ethereum fails to rise above the $1,670 resistance, it could start another decline. Initial support on the downside is near the $1,620 zone. The next major support is near $1,560, below which there is a risk of a sharp decline.

Developers are also discussing a potential MEV-boost failure ahead of Ethereum’s move from its current proof-of-work (PoW) protocol to the Beacon Chain proof-of-stake (PoS) blockchain. The MEV-boost is an important component of the “maximal extractible value” (MEV) for Ethereum. MEV refers to the income that miners (under PoW) and block builders and validators (under PoS) receive as a result of inserting or reordering transactions within a block.

The post Ethereum Will See Nothing but Rally if it Surpasses US$1.6K appeared first on .