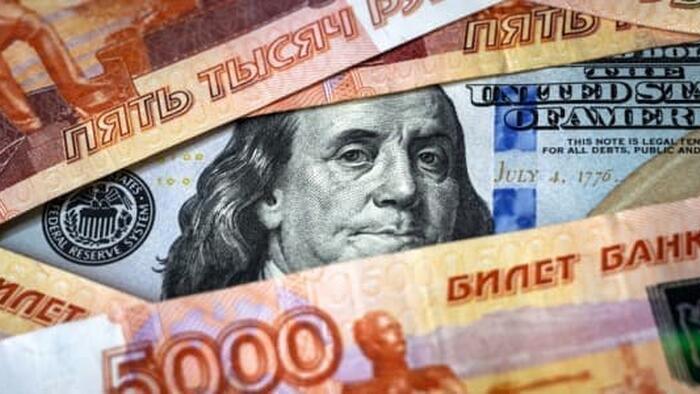 
Authored by Irina Slav via OilPrice,com,

If you ask a random EU official if the bloc should continue trying to punish Russia for its invasion of Ukraine, you will invariably get a positive answer.

The sanction potential is reaching its end, but this is no reason for the EU to relieve the pressure, that official will say, as many have in conversations with the media.

And yet, the EU has quietly begun to unwind its sanctions against Moscow.

The UK’s Express called it caving in to Putin. Bloomberg dubbed it “corrections to previous sanctions.” Whatever it is called, it comes down to the same thing: the EU is loosening the noose. And it’s not just the EU, either.

For starters, the European Union decided to add exemptions to Russian sanctions, which would allow countries from outside the bloc to deal with sanctioned Russian entities, including banks and state companies such as Rosneft. Per the Bloomberg report, these exemptions are for entities “deemed essential to shipments of food, agricultural goods and oil to third countries outside the EU”.

The EU appears to be putting a lot of effort into convincing whoever is listening that their sanctions against Russia have absolutely nothing to do with either food or energy supply disruptions or, at the very least, they did not aim for them to happen.

It said it directly in a news release by the Council of Europe that announced the latest round of sanctions that targeted Russia’s gold.

“More broadly, the EU is committed to avoiding all measures which might lead to food insecurity around the globe. None of the measures adopted today or earlier in view of Russia’s actions destabilising the situation in Ukraine target in any way the trade in agricultural and food products, including wheat and fertilisers, between third countries and Russia,” the news release stated.

What all this effectively amounts to is an admission that sanctions against Russia are not working too well in their intended way and are instead hurting or threatening to hurt third parties not involved in the Ukraine conflict.

There’s more, too. While the EU tweaks its sanctions to allow the trade of more Russian oil in order to avoid another spike in oil prices, the UK is hesitant to join the block in its oil insurance ban on Russian vessels. The UK’s participation in the insurance squeeze is essential because of the market share British-based insurers hold in shipping insurance and yet they are stalling.

A recent Financial Times report on the topic suggests this might have something to do with the UK’s big geopolitical brother and its concern about oil prices. The U.S., unlike the EU and its embargo, has opted for an alternative way of trying to reduce Russia’s oil income: price caps. The UK, Canada, Germany, Japan, France, and Italy have agreed to pursue this cap.

Judging by the latest news from the G7 camp, however, the cap is not moving ahead as planned. A lot of people – analysts, shipping industry insiders, and the head of Russia’s central bank, among others – said that a price cap on Russian crude would not work. It appears that G7 has not heard them.

Per a Reuters report from earlier this week, the G7 is looking into “a comprehensive prohibition of all services that enable transportation of Russian seaborne crude oil and petroleum products globally, unless the oil is purchased at or below a price to be agreed in consultation with international partners.”

Talk, however, is cheap, while action is not. Yet talking is important when the world is watching you, so the G7 planners also said that “In considering this and other options, we will also consider mitigation mechanisms alongside our restrictive measures to ensure the most vulnerable and impacted countries maintain access to energy markets including from Russia.”

In other words, just like the EU, the G7 would be wary of causing unintended damage to countries not involved in the Ukraine mess by making sure Russian oil reaches them freely. And then, refined products made from Russian oil will head back to the EU.

India buys Russian oil, runs it through its refineries, and sells ‘Indian refined products’ where? To the EU. Ditto for other cargos. Ditto for Saudi Arabia. Those vessels’ bills of lading won’t mention Russia as they arrive at their EU destination.

“In short, the EU is quietly facilitating the bypass of its own proclaimed ‘crushing’ sanctions regime,” according to Alastair Crooke, director of Lebanon-based nonprofit Conflicts Forum, as quoted by the Express.

It must have dawned on EU, UK, and U.S. policymakers that sanctioning Russia would not be as easy as sanctioning a smaller oil exporter, especially if this oil exporter also exports a lot of other vital stuff, such as food and fertilizers.

The U.S. even issued a fact sheet to clarify that its sanctions do not target Russian fertilizer exports, or, indeed, agricultural product exports. And this while Amos Hochstein said that “Their economy has nothing else. They produce weapons and they produce and they drill for oil and gas.”

It appears that ‘their economy” has at the very least a lot of fertilizers and agricultural produce that serves to feed people outside Russia as well, and that’s without mentioning the metals, too. As for the oil, it seems pretty critical as well: nothing short of critical would force the EU, the UK, and the U.S. to loosen the sanction noose.