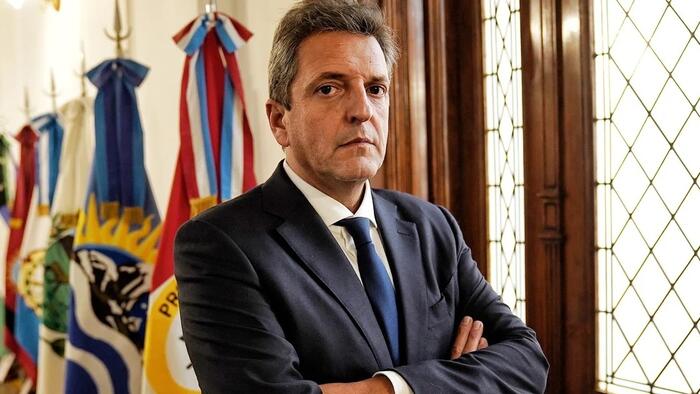 
Hours after Argentina’s new Minister of Economy Sergio Massa was sworn into office, he pledged to stop printing money in an attempt to halt a spiraling currency crisis which has seen inflation hit 60% – and has been projected to reach 90% by the end of this year.

Protests have erupted across the country over the last several months, as citizens are demanding that their center-left government reinstate various subsidies, and reconsider cutting more – such as the country’s notorious welfare program, which has grown to 22 million Argentinians receiving assistance amid a 43% unemployment rate.

The country’s deteriorating economic picture has left it cut off from international capital markets as the Fernández administration has relied on printing money to cover its chronic fiscal debt.

As the Epoch Times noted earlier in the week, the country’s state funded programs extend to nearly every aspect of the economy, from wages to utilities, education, and health care.

Concurrently, inflation in the South American nation hit 58 percent in May and soared above 60 percent in July. By comparison, national inflation was just over 14 percent in 2015.

Harry Lorenzo, chief finance officer of Income Based Research, told The Epoch Times the spending habits of Argentina’s government are at the root of the escalating problem.

“The Argentine government has been grappling with a collapsing economy for some time now. The main reason for this is the government’s unsustainable spending, which has been funded in part by generous welfare programs,” Lorenzo explained.

“Magic doesn’t exist,” Massa exclaimed to reporters in Buenos Aires. “We have to confront inflation with determination.”

The government will finance its budget by reducing its deficit or via private lending. The country is considering four loan offers by three international banks and a sovereign wealth fund, he said, without providing a figure of the potential deal.

Although light on specifics, Massa committed to meeting the government’s primary deficit target this year, a key pillar of its US$44 billion program with the International Monetary Fund. Massa said he spoke to IMF staff Wednesday to discuss the program’s future. An IMF spokesperson said in a statement that its staff spoke to Massa about implementing the program. -Buenos Aires Times

Meanwhile, and perhaps related to Massa’s swearing-in, crypto exchange Binance has partnered with Mastercard to launch a ‘cryptocurrency power card’ for customers in Argentina. It will be used to spend digital currency on everyday items, according to a press release.

The Latin American country will be the first to see this product available on its territory. At the time of writing, Binance claims the product is currently in beta; it will become “widely available” for all users in Argentina over the coming weeks.

The Binance Card is issued by Credencial Payment, the press release revealed. Every user in the country will be available for the product as long as they have completed the exchange Know Your Customer (KYC) process and presented a valid national ID. –Bitcoinist

According to Mastercard Latin America EVP Walter Pimenta, “Our work with digital currencies builds on our strong foundation to enable choice and peace of mind when people shop and pay. Together with our partners, Mastercard has been leading the payments industry in enabling entry to this exciting new world, helping bring millions of additional users into crypto and other digital assets in a safe and trusted manner.”