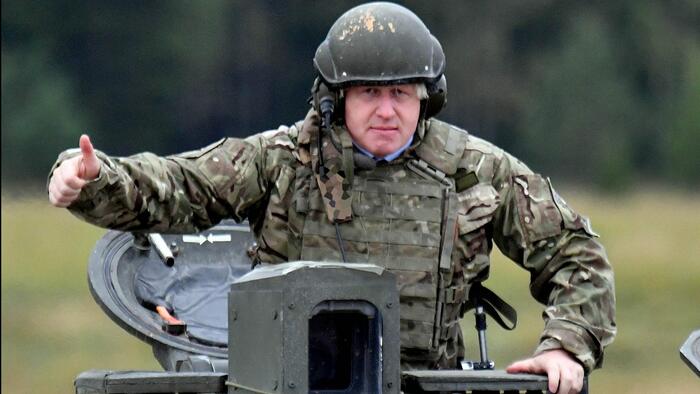 
Could Boris Johnson be tagged as the next Secretary General of NATO? That’s what a somewhat surprising new report in The Telegraph suggests, indicating that “Ukrainian and Tory MPs support idea of PM being a possible candidate, though sceptics suggest he would likely be greeted with a French veto.”

Jens Stoltenberg, who has been NATO chief since 2014, is expected to step down when his current term ends in September 2023. The recently scandal-plagued Johnson, perhaps looking to distract the public and media from the so-called “Partygate” ordeal at home, has already in six months of war visited Ukraine twice – and remains among the most outspoken hawkish Western leaders in frequently voicing condemnation of Russia and Vladimir Putin.

Stoltenberg’s own term was extended reportedly as a result of Russia’s ongoing invasion of Ukraine. Other former UK prime ministers have been courted for the post in the recent past, such as David Cameron and Theresa May.

High-ranking Tories on the powerful defence select committee – Richard Drax and Mark Francois – have publicly backed Johnson for the position after he leaves UK office, with Drax telling the Telegraph, “Any distinguished Brit would be a great choice. If indeed that is what Boris Johnson wants to go and do, of course I would support that.”

And Francois highlighted his unwavering ‘anti-Russia, pro-Ukraine’ position: “People will probably argue over Boris Johnson’s legacy for years – but one thing which is clearly inarguable is his absolutely staunch support for Ukraine in the face of Russian barbarity,” he was quoted in the report as saying.

This is also why he would likely receive support from the US and (though only with a symbolic voice given it’s not in NATO) from the Zelensky government in Ukraine as well.

In such a scenario as Johnson’s candidacy for the top NATO post being advanced, however, France would likely veto it, given Emmanuel Macron has in many ways taken a very different approach of constantly seeking a path forward to get the warring sides to the negotiating table.

Macron has himself come under fire from some corners of Europe for holding over a dozen phone calls with Russia’s Putin since the war began.