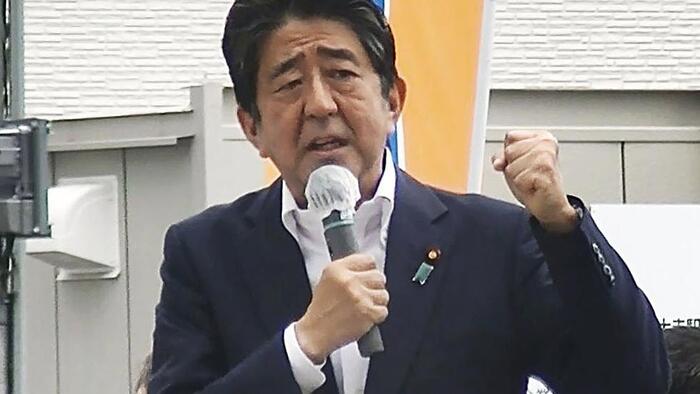 In a country where gun control laws are stringent, the attack is the first the country has seen since before World War II. The suspected killer is reported to have said he held a grudge against an organization he believed the premier was connected to, yet police say investigations into the claims are ongoing.

As Statista’s Anna Fleck details below, the stakes can be high for political leaders. Looking back over the past twenty years, a number of leaders have been assassinated either while in office or after having stepped down. In the following chart, we take a look at the presidents and prime ministers who have been killed since 2000, as listed by AP here. 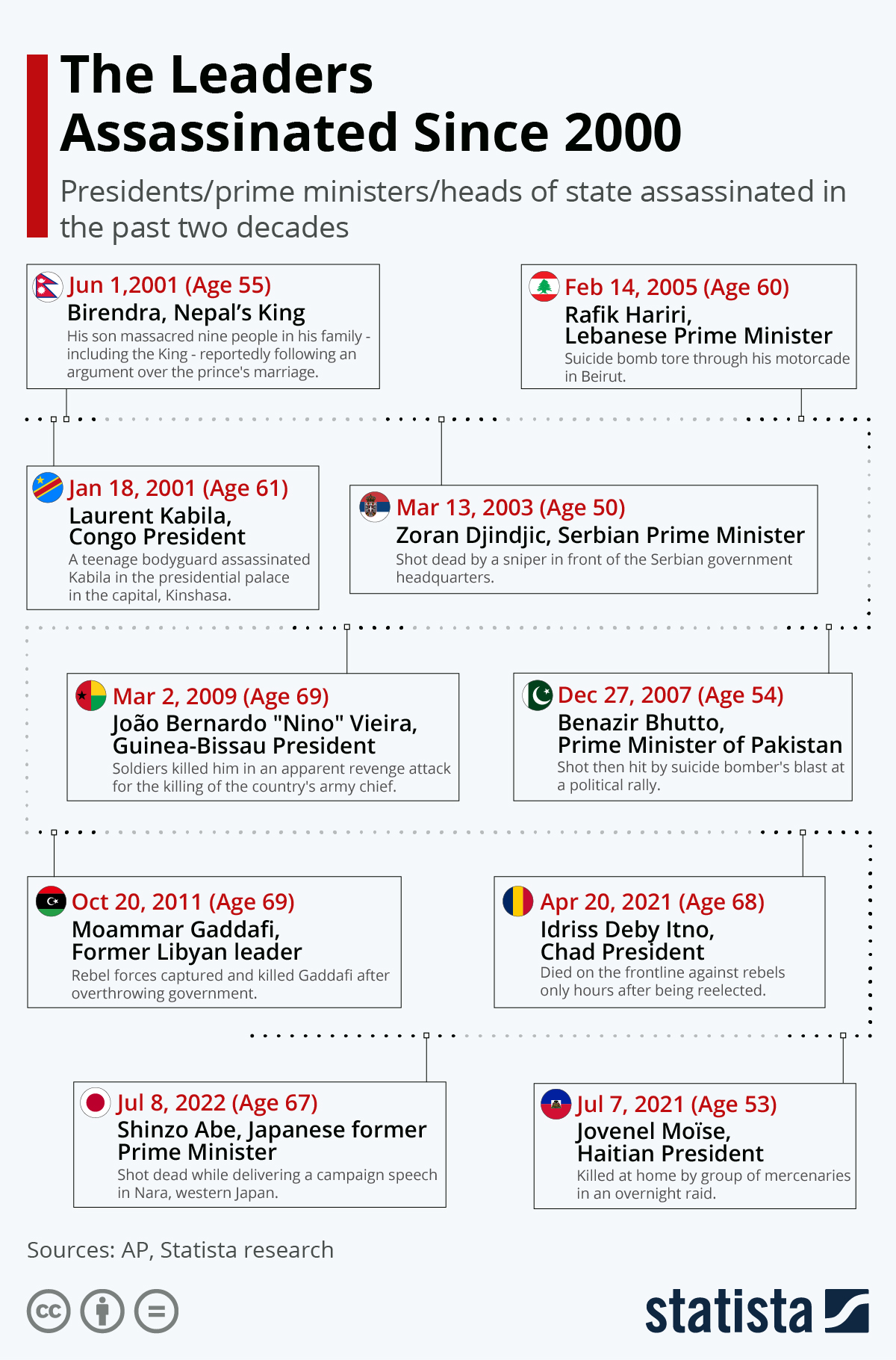 Just last year, Haitian President Jovenel Moïse was reportedly tortured before he was killed by a group of hired assassins in an overnight raid.

A few months earlier, Chad’s President Idriss Deby Itno had been killed while fighting rebels in the north of the country, just hours after having won a re-election.

The chart then shows a ten year lull, where no presidents or prime ministers were killed. In that time, however, high profile leaders such as Tunisian left-wing opposition leader Chokri Belaid and Mohammed Brahmi lost their lives.

Benazir Bhutto, the sole female on the list, and first female prime minister of Pakistan, was shot then hit by suicide bomber’s blast at a political rally in the city of Rawalpindi.

In 2011, Libyan dictator Moammar Gaddafi was captured and killed after his government was overthrown by a NATO-backed rebellion.

Congo’s President Kabila and Guinea-Bissau’s João Bernardo Vieira were each shot by inside men, the first by a child soldier who had become his teenaged bodyguard, and the second by a soldier in his presidential palace.

Meanwhile, Nepal’s King was murdered by his own son, who massacred nine members of the family – including the king – in the royal palace, reportedly over an argument about the prince’s marriage.