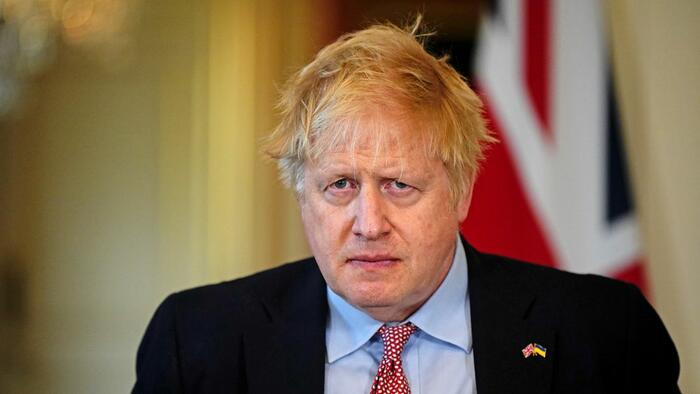 
In the end, PredictIt was right…

… and the straw that finally broke the camel’s back was the announcement by Boris Johnson’s newly appointed chancellor Nadhim Zahawi who also called on BoJo to quit just one day after his appointment,  saying “Prime minister, you know in your heart what the right thing to do is, and go now,” Zahawi wrote. “The country deserves a government that is not only stable, but which acts with integrity.”

Michelle Donelan, who replaced Zahawi as education secretary on Tuesday night, also resigned. “I see no way that you can continue in post, but without a formal mechanism to remove you it seems that the only way this is only possible is for those of us who remain in Cabinet to force your hand,” she wrote.

That was the tipping point, and just minutes later news broke that the scandal-plagued and extremely unpopular prime minister Boris Johnson plans to resign bringing the curtain down on a tempestuous three years in office marred by a succession of scandals that culminated in the rebellion of his own cabinet and parliamentary group, including a record number of cabinet resignations in a single day.

Johnson, 58, bowed to the inevitable after the mass resignation of members of his government, including Chancellor of the Exchequer Rishi Sunak, as a mounting number of Conservative MPs launched excoriating public attacks on his judgment, leadership and allegiance to the truth.

According to the FT, Johnson spoke to Sir Graham Brady, chair of the 1922 committee of Conservative backbench MPs, at an 8.30am meeting in which the prime minister said he had concluded that he should resign in the interests of the party and the country.

BoJo will leave a nation mired in political and economic uncertainty, rocked by scandal after scandal, and still showing the strains of his singular triumph, the UK’s exit from the European Union, as it confronts surging inflation, potential recession and the threat of widespread industrial action. The Conservatives trail the main opposition Labour Party in the polls, their past reputation for sleaze revived on Johnson’s watch.

As Bloomberg notes, Johnson wants stay on as caretaker premier until October while the Tories elect a new leader. Whether or not his party allows him to remain in office for that long, possible successors are already lining up. They include Foreign Secretary Liz Truss, Trade Minister Penny Mordaunt, Defence Secretary Ben Wallace and the newly installed chancellor, Nadhim Zahawi, as well as Sunak and ex-Health Minister Sajid Javid, who both quit the cabinet on Tuesday. The field is likely to swell.

Johnson is expected to make a statement shortly after midday, when he will announce plans to remain as a caretaker prime minister until the Conservative party conference in October, according to FT reports. He has already started to fill some ministerial vacancies, with Greg Clark set to come in temporarily  as “levelling-up secretary”. But a significant number of Conservative MPs do not think Johnson’s position is sustainable and want him to depart Downing Street sooner.

Baroness Ruth Davidson, the former leader of the Scottish Tory party, said: “There’s no way he can stay on until October. It’s arrant nonsense to think he can. Someone needs to grip this.”

Johnson initially responded that he had “a mandate” from the British people and refused to quit. He sacked Michael Gove, one of the senior ministers who had advised him to step down, with a Number 10 aide calling Gove “a snake”.

In response to the news, the pound jumped 0.5% against the dollar, from $1.193 to a high of $1.199 in a modest relief rally, as investors reacted positively to Johnson’s expected resignation.

Finally, those curious who will be the next UK PM, betting service Ladbrokes has Ben Wallace at the head of the betting to replace Johnson. Rishi Sunak and Penny Mordaunt are second and third favorite.