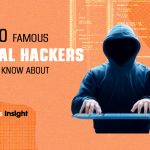 Hacking can be done only by a skilled person who can find loopholes and vulnerabilities in computer networks, servers, or systems. Not everyone can do hacking and that’s why hackers are very rare to find around us. If we talk about the hacking scene in India, there have been several hackers and cyber security experts who have earned the title of being renowned ethical hackers. Here are the top 10 famous ethical hackers in India that one should know about in 2022.

Ankit Fadia is an Indian author, speaker, television host, and self-proclaimed “Indian ethical hacker” of computers, whose skills and ethics are debated many times. When Ankit was young, he had an interest in exploring various things on the internet. Once he came across an article on ethical hacking, he finds it really fascinating. The rest is history now and you all know about what happened after that. Ankit got his first hacking book “Ethical hacking” published by Macmillan India when he was only 14 years old. This book was a best-seller book of that time. Gradually, there was a lot of change in his hacking skills and he thought of applying them in the interest of the people. That’s when things changed and he took his career to ethical hacking. Now Ankit Fadia is remembered as a renowned ethical hacker in India.

Vivek Ramachandran is a very familiar name that comes to the surface whenever we talk about famous hackers in India. He is also the Founder and CEO of Pentester Academy and SecurityTube Training which provide people with knowledge about ethical hacking. At the same time, Vivek has also been the author of many books on ethical hacking-related content. The names of the books published by him are Kali Linux Wireless Penetration Testing: Beginner’s Guide, Make your own Hacker Gadget, and Backtrack 5: Wireless Penetration Testing. These books have been given a rating of 5 stars by readers on Amazon and thousands of copies of them have also been sold all over the world. Vivek Ramachandran is also a regular speaker/trainer at top security conferences such as Blackhat USA and Europe, DEFCON, Brucon, Hacktivity, etc.

Sunny Vaghela is also a very popular name on the Indian hacker’s list. At present he is the founder of tech defense labs which is a cyber security firm, he has got his graduation from Nirma University. When he was 18, Sunny made people aware of the security loopholes in SMS & Call Forging of Mobile Networks. Along with this, he also launched a site where any complaint related to cyber-crime was solved. At the age of 19, he first found many loopholes such as “Cross-Site Scripting” and “Session Hijacking” in Orkut, which used to be a very famous social network site at that time. Wherein at the age of 20, Sunny helped the Crime Branch of Ahmedabad in solving many cybercrime-related cases, including cases such as credit card fraud, phishing, data theft, several Orkut fake profiles impersonation, espionage case, and many more.

Koushik has worked with an acquitted company like Microsoft. He became famous mostly by hacking Android smartphones. Since the Android operating system has a lot of security bugs and loopholes, Koushik knows its benefits very well. As of now, Koushik is working with Clockwork mod and he is developing a mobile platform that can be used safely by Android users.

Rahul Tyagi has more than 5 years of experience in hacking. He did his post-graduation in computer science and mastered his skills in cybersecurity. Rahul has conducted more than 100 training sessions on hacking all over the world. He has provided service to much cyber security and anti-hacking organizations in India. At present, Rahul is working in the company called Vice President Lucideus and he has developed a platform called Safe Me which aims to provide security and awareness about hacking.

Trishneet Arora is called a hacking hero. Apart from being a hacking expert, he is also a good Indian author, cyber security expert, and entrepreneur. Arora has written many good books related to cyber security, ethical hacking, and web defense which you can buy from Amazon. At present, he is the founder and CEO of an IT Security Company which is TAC Security.

Sangeet Chopra is among the most popular hackers in India. Apart from being an ethical hacker, he is also an IT security specialist and a public speaker. Sangeet Chopra has also conducted many cyber security workshops across the world. Presently, he is working in a company named Cybercure Technologies Private Limited as an information security consultant. He has very good speaking skills and also has a lot of knowledge about cyber security.

Sai Satish is a young entrepreneur and Indian hacker as well as the founder and CEO of Indian Servers. He teaches about cyber security to thousands of college students and professionals all over the world. Sathish has helped the government many times to increase the security of various official websites. Along with that, he has also done pen testing for web server security, safe online transactions, and forensic investigation, for which he has also been honored by IAS officers.

Falgun has helped in solving many complex cybercrime cases. Right now, he is working in the OWASP foundation as a chapter leader. His photo has also been included in the Top Security Experts of International Security Magazine. Falgun Rathod created awareness among people in India about cyber security. India Today and Silicon India have included him in the list of top ten Indian ethical hackers of India.

Aseen Jakhar is a very renowned Open Security Researcher and OSI (Open-Source India) Speaker. He has worked on many security products and tools such as IBM ISS Proventia, Mirapoint messaging/security application, anti-virus software, multicast packet reflector, and UTM appliance. Aseen is also an excellent speaker who has been a speaker in many places such as Black hat EU, Defcon, and Hack. lu, Xcon, IBM security ISACA Bangalore security conferences. He is a very familiar name in the world of hacking and security and he is the founder of NULL (the open security community) which is a very big or rather the largest security community in India. The main purpose of Null Community is to make people aware of cyber vulnerabilities and advance security.

The post Top 10 Famous Ethical Hackers in India to Know About in 2022 appeared first on .