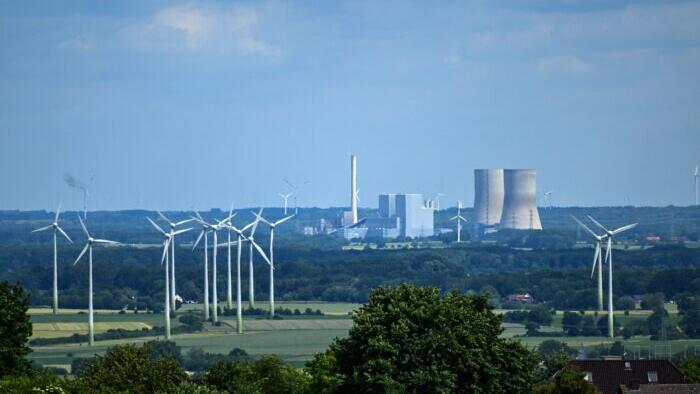 
Authored by Kevin Stocklin via The Epoch Times (emphasis ours),

American Founding Father Benjamin Franklin once said that “experience is an expensive school but fools will learn in no other.” Germany’s green energy policy, launched in the year 2000, could have been a cheap lesson for America today.

The Biden administration has chosen to follow Germany, providing heavy subsidies for wind and solar, while suppressing industries that could reliably meet America’s energy needs and even reduce its carbon footprint. In January, the administration announced that it had “pulled every lever to position America to scale up clean energy … the Biden-Harris Administration has readied offshore areas to harness power from wind, approved new solar projects on public lands, and passed the Bipartisan Infrastructure Law to build thousands of miles of transmission lines that deliver clean energy.”

On June 6, the Biden Administration invoked the Defense Production Act to increase the production of green energy and to replace the use of fossil fuels. While the legality of this move is questionable, it established the U.S. government as a major controlling party in America’s heretofore private energy industry. But like most grand government adventures into industrial policy, the push for renewables is already revealing itself to be enormously wasteful and counterproductive.

Twenty-two years ago, Germany stepped into the forefront of the green energy movement, implementing its “Energiewende,” an ambitious program of subsidies for solar panels and wind turbines, coupled with a reduction in coal, oil, and natural gas. After the 2011 nuclear disaster in Fukushima, Japan, Germany decided to also close its nuclear plants.

By the end of 2021, before the Ukraine war drove prices even higher, German households paid 32 cents per kilowatt-hour for electricity. The rate in France, which kept its nuclear industry intact, was 23 cents. Americans paid an average price of 11 cents for electricity at that time—about a third of what Germans paid. Twenty percent of Germans’ electric bills went to a “renewables surcharge” to subsidize wind and solar.

Germany had spent heavily to increase its renewable energy capacity, but in the case of wind and solar, capacity never delivered the promised output. According to a 2020 report from the Institute for Electrical and Electronics Engineers (IEEE), Germany’s electricity output in 2000 was 54 percent of its total capacity, also known as the “capacity factor.” Unused capacity is the norm for power grids because the demand for electricity varies significantly depending on the time of day, the season, and the weather. By 2019, however, while Germany’s total electricity capacity had risen dramatically thanks to a sharp increase in renewables, its capacity factor had fallen to just 20 percent, largely because wind and solar generators were less productive than fossil fuels or nuclear.

The capacity factor for solar energy was just 10 percent because much of the country is often overcast. Wind energy was also producing well below capacity because wind turbines produced no energy on calm days and had to shut down on particularly gusty days to prevent turbine blades from being damaged. Even within those limits, the amount of energy produced by wind turbines was hugely variable depending on how hard the wind was blowing.

“It costs Germany a great deal to maintain such an excess of installed power,” the IEEE report stated. “The average cost of electricity for German households has doubled since 2000.”

A major problem with wind and solar is not only that they are unreliable, but also that they tend to generate the most power when people need it least. The peak seasons for wind generation tend to be fall and spring, but the peak demand for energy occurs in summer and winter when people need to heat or cool homes and offices.

An electricity grid must manage huge variability in demand. It must have enough capacity to cover peak demand, for example during the hottest hours of summer, but also have the flexibility to reduce power during early morning hours or springtime days when demand falls considerably. Because renewables are unpredictable in terms of how much energy they will produce, and when, they add substantial variability to the supply side of the equation as well.

“The whole idea that you would take something as complicated as an electric system, one of the most complicated things people have invented to date, and choose what to put on that system and how to run it by a popularity contest, to me that’s nuts and it’s going to end in tears,” Peter Hartley, Professor of Energy Economics at Rice University, told The Epoch Times. “Trying to run that system with politics is not a very smart thing to do.”