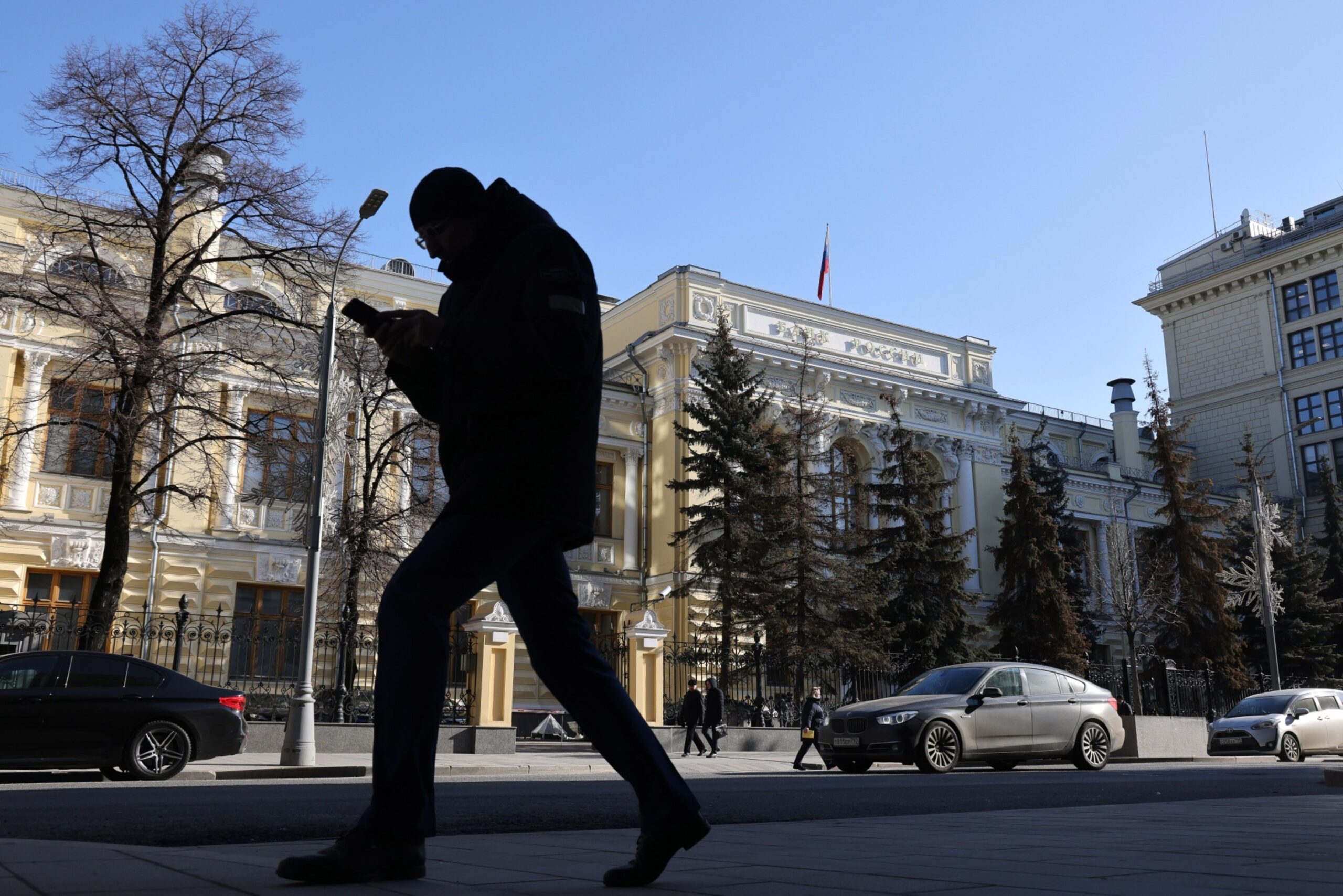 
Russia defaulted on its foreign-currency sovereign debt for the first time in a century, the culmination of ever-tougher Western sanctions that shut down payment routes to overseas creditors.

For months, the country found paths around the penalties imposed after the Kremlin’s invasion of Ukraine. But at the end of the day on Sunday, the grace period on about $100 million of snared interest payments due May 27 expired, a deadline considered an event of default if missed.

It’s a grim marker in the country’s rapid transformation into an economic, financial and political outcast. The nation’s eurobonds have traded at distressed levels since the start of March, the central bank’s foreign reserves remain frozen, and the biggest banks are severed from the global financial system.

But given the damage already done to the economy and markets, the default is also mostly symbolic for now, and matters little to Russians dealing with double-digit inflation and the worst economic contraction in years.

Russia has pushed back against the default designation, saying it has the funds to cover any bills and has been forced into non-payment. As it tried to twist its way out, it announced last week that it would switch to servicing its $40 billion of outstanding sovereign debt in rubles, criticizing a “force-majeure” situation it said was artificially manufactured by the West.

“It’s a very, very rare thing, where a government that otherwise has the means is forced by an external government into default,” said Hassan Malik, senior sovereign analyst at Loomis Sayles & Company LP. “It’s going to be one of the big watershed defaults in history.”

A formal declaration would usually come from ratings firms, but European sanctions led to them withdrawing ratings on Russian entities. According to the documents for the notes whose grace period expired Sunday, holders can call one themselves if owners of 25% of the outstanding bonds agree that an “Event of Default” has occurred.

With the final deadline passed, focus shifts to what investors do next.

They don’t need to act immediately, and may choose to monitor the progress of the war in the hope that sanctions are eventually softened. Time may be on their side: the claims only become void three years on from the payment date, according to the bond documents.

“Most bondholders will keep the wait-and-see approach,” Takahide Kiuchi, an economist at Nomura Research Institute in Tokyo.

During Russia’s financial crisis and ruble collapse of 1998, President Boris Yeltsin’s government defaulted on $40 billion of its local debt.

The last time Russia fell into default vis-a-vis its foreign creditors was more than a century ago, when the Bolsheviks under Vladimir Lenin repudiated the nation’s staggering Czarist-era debt load in 1918.

By some measures it approached a trillion dollars in today’s money, according to Loomis Sayles’ Malik, who is also author of ‘Bankers and Bolsheviks: International Finance and the Russian Revolution.’

By comparison, foreigners held the equivalent of almost $20 billion of Russia’s eurobonds as of the start of April.

“Is it a justifiable excuse to say: ‘Oh well, the sanctions prevented me from making the payments, so it’s not my fault’?” Malik said.

“The broader issue is that the sanctions were themselves a response to an action on the part of the sovereign entity,” he said, referring to the invasion of Ukraine. “And I think history will judge this in the latter light.” 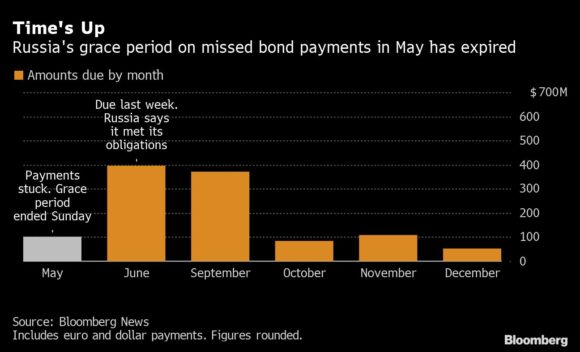 Finance Minister Anton Siluanov dismissed the situation on Thursday as a “farce.”

With billions of dollars a week still pouring into state coffers from energy exports, despite the grinding conflict in east Ukraine, he reiterated that the country has the means, and the will, to pay.

“Anyone can declare whatever they like,” Siluanov said. “But anyone who understands what’s going on knows that this is in no way a default.”

His comments were prompted by the grace period that ended on Sunday. The 30-day window was triggered when investors failed to receive coupon payments due on dollar- and euro-denominated bonds on May 27.

The cash got trapped after the US Treasury let a sanctions loophole expire, removing an exemption that had allowed US bondholders to receive payments from the Russian sovereign. A week later, Russia’s paying agent, the National Settlement Depository, was also sanctioned by the European Union.

In response, Vladimir Putin introduced new regulations that say Russia’s obligations on foreign-currency bonds are fulfilled once the appropriate amount in rubles has been transferred to the local paying agent.

The Finance Ministry made its latest interest payments, equivalent to about $400 million, under those rules on Thursday and Friday. However, none of the underlying bonds have terms that allow for settlement in the local currency.

So far, it’s unclear if investors will use the new tool and whether existing sanctions would even allow them to repatriate the money.

According to Siluanov, it makes little sense for creditors to seek a declaration of default through the courts because Russia hasn’t waived its sovereign immunity, and no foreign court would have jurisdiction.

“If we ultimately get to the point where diplomatic assets are claimed, then this is tantamount to severing diplomatic ties and entering into direct conflict,” he said. “And this would put us in a different world with completely different rules. We would have to react differently in this case — and not through legal channels.”

–With assistance from Irene García Pérez.

Photograph: The headquarters of Bank Rossii, Russia’s central bank, in Moscow, Russia, on Monday, Feb. 28, 2022. The Bank of Russia acted quickly to shield the nation’s $1.5 trillion economy from sweeping sanctions that hit key banks, pushed the ruble to a record low and left President Vladimir Putin unable to access much of his war chest of more than $640 billion. Photo credit: Andrey Rudakov/Bloomberg