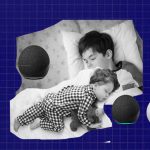 Initially, during the launch, tech critics could not predict the impact that Amazon’s Alexa would actually have on our lives. Users can speak to Alexa in over 15 languages that are spoken in about 80 countries and boasts more than 100,000 skills. Alexa is one of the greatest and the most exciting pieces of technology that Amazon has delivered to tech fanatics. But it seems like, the company would hate to stop at this. Amazon is working on bringing a new feature to the Alexa Bluetooth speaker which can imitate the voice of your dead relatives. Yes! You read that right. As creepy as it might sound, you can now listen to bedtime stories in the voice of your deceased grandma!

This new Amazon Alexa feature will enable the virtual assistant to imitate the voice of a member of your family. Amazon’s top executive has insinuated that currently, we are living in the golden era of AI, hence, it is time to notch up the company’s voice technology offerings. Based on an advanced voice recognition algorithm and hundreds of hours of voice data, Alexa has already mastered the voices of some of the most popular celebrities in the world.

During the ongoing Amazon’s international AI and machine learning conference known as re: MARS 2022, the company’s Senior Vice President and Head Scientist of Alexa AI demonstrated a quite unusual demo where-in Alexa mimicked the voice of a dead relative to a child. Most tech critics have labeled it creepy as hell, but the company only aims to keep your memories alive forever. There are several others in the tech industry who have welcomed the new technology with open arms to rejoice in the memories of their dead loved ones.

The relevance of Alexa has been hindered due to the various controversies around it. But smart speakers and smart assistants have undoubtedly become a part of our daily lives, maybe this new feature will inspire more people to purchase this fascinating piece of tech.

The post “My Dead Grandma Read Me a Bedtime Story” Alexa Made it Possible appeared first on .