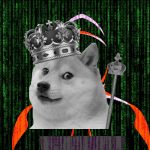 Back in 2021, Dogecoin created a frenzy around the crypto market for being Musk’s favorite crypto investment. Increased investment in DOGE helped the crypto in turning itself from a meme coin to becoming one of the most popular crypto assets in the world. The crypto enabled several of its investors to become millionaires within a span of months, indicating that it definitely is a robust investment asset. Currently, investors hope to push the value of Dogecoin to US$1 but have failed in their attempts. The only investor who seems to have a profound impact on Dogecoin is Elon Musk. Not just the fact that he has invested in the crypto, but even his tweets about the crypto have been considered as indications that Dogecoin is a preferable investment asset, which has also led several cryptos and tech enthusiasts to invest in the crypto. Since its inception, Dogecoin’s popularity has significantly increased for various reasons, majorly due to Musk’s popularity. But now, DOGE has emerged as one of the top cryptocurrencies that are being used for terrorism and other illicit purposes. Dogecoin is emerging as the ‘darknet king’ and it seems like Elon or any other investor for that matter is not worried!

Dogecoin was experiencing a good time since June 2022 and demonstrated no signs of slowing down. During the Russia-Ukraine war, DOGE gained immense popularity when Ukraine started accepting Dogecoin donations. Hence, for some, it might not emerge as a surprise as DOGE is becoming the top digital asset that is being used to transact on the dark web. According to reports, DOGE is increasingly getting connected to illicit activities like terror financing, Ponzi schemes, child sex abuse, and other practices. Reportedly, the meme coin which is so popularized by tech billionaire Elon Musk has become a popular choice for malicious actors to facilitate transactions in the millions.

Popular blockchain analytics company, Elliptic has revealed that several darknet markets and illicit campaigns are accepting Dogecoin for services like Just-Kill. In fact, more and more extremist groups are appearing to take a liking to cryptocurrencies like DOGE. The groups own blog sites, news sites, and video sharing platforms where they can use the toke to raise funds for various purposes, which are otherwise impossible to attain through traditional methods. Back in July 2021, Israel’s National Bureau for Counter Terror Financing already issued the seizure against 84 crypto wallet addresses that were suspected to be in direct link with several illicit activities. One of those wallets possesses Dogecoin tokens worth more than US$40,000. Over the past several years, DOGE has been directly linked to several Ponzi schemes, theft, and fraud cases.

Dogecoin has always been the dark knight of the crypto market, mostly favored by Musk, immensely unpredictable, yet one of the top cryptocurrencies in the market. Despite massive amounts of controversies revolving around the market, the DOGE community continues to grow. Memecoin or not, Dogecoin is taking great strides in the world of cryptocurrencies. The community is also actively participating in promoting the adoption of Dogecoin for social causes through various fundraisers.

Can you trust Dogecoin now?

Well, for that matter, you really cannot trust any cryptocurrency. Digital assets are not backed by any physical asset and are completely out of reach from centralized governments, hence, malicious practitioners are more attracted to the use of cryptocurrencies instead of physical assets and fiat currencies. Cybersecurity has become a crucial part of almost all industries, especially the Defi domain. Dogecoin is just one of the digital assets that are extensively being used for these illicit purposes, earlier, investors were reluctant to invest in Bitcoin since it was well-known to be used serving the darknet users. Nevertheless, all investors should take responsibility for their security and adopt robust methods to protect themselves against scams and frauds.

The post Dogecoin is Emerging as the Darknet King and No One is Worried appeared first on .