Investors will get fresh guidance on the outlook for earnings from some of the largest US companies next week when they release their latest quarterly numbers amid speculations that and could end the profit boom.

Investors have been selling off stocks this year on fears of a recession after the US Federal Reserve made inflation fighting its key focus and began aggressive interest rate hikes.

The US major indices, however, including the and staged a big comeback last week after slipping into a bear market. The gained more than 800 points on Friday, rebounding off the lows of the bear market last week.

Amid this economic uncertainty, below are three important stocks we’ll be focusing on during the upcoming week:

Sportswear giant Nike (NYSE:) will release its fourth quarter fiscal 2022 earnings on Monday, June 27 after the market close. On average, analysts are expecting the global purveyor of footwear and sports apparel and accessories to make $0.81 a share profit on sales of $12.09 billion.

During March, Nike earnings that beat analysts’ expectations on signs that the world’s largest sportswear brand is overcoming struggles with its supply chain and weakness in one of its key markets, China.

Supply-chain issues that have clogged trade routes continued to pressure operations, according to Nike executives as the retailer had more than the normal amount of goods stuck in transit. The company expected the flow of supply to improve in the previous quarter.

While demand remains weak in China where the government is pursuing a zero-COVID policy, a sales rebound in North America and Europe is helping to offset some losses. Nike stock, which is down about 32% this year, closed on Friday at $112.91.

US home furnishings and housewares giant, Bed Bath & Beyond (NASDAQ:) reports its fiscal 2022 Q1 earnings on Wednesday, June 29 before the market open. Analysts expect the retailer to produce a loss of $1.37 a share profit on sales of $1.51 billion. 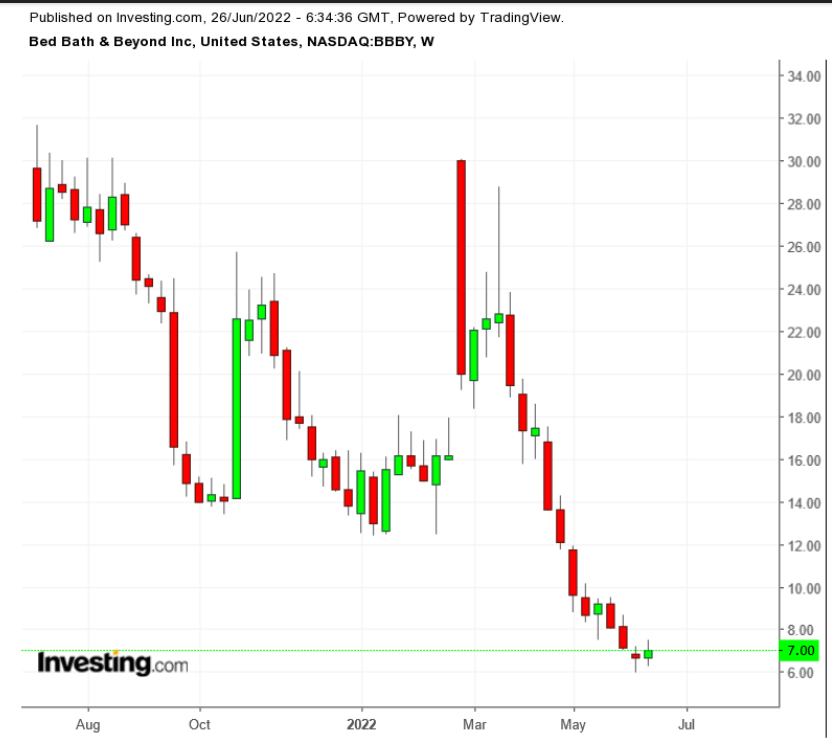 BBBY stock, which closed on Friday at $7, is down 50% this year, as the retailer faces a high level of inventory issues amid uncertainty about its future. BBBY told investors in April that an “abnormally high” level of inventory was in transit, unavailable or held at ports through the early part of the last quarter. That contributed to a larger-than-expected drop in sales, making it tougher for the retailer to turn around its business.

A string of weak is adding fuel to the debate about what Bed Bath & Beyond should do with its baby-products business, which keeps growing despite the overall company’s slump, according to a Bloomberg report. Activist investor Ryan Cohen, whose firm won three board seats in March, has urged the retailer to consider selling the Buybuy Baby division or the entire company.

Semiconductor giant Micron Technology (NASDAQ:) will report fiscal 2022, Q3 earnings on Thursday, June 30, after the close. The memory and storage chip manufacturer is estimated to show $2.46 in profit per share on $8.68 billion in sales. 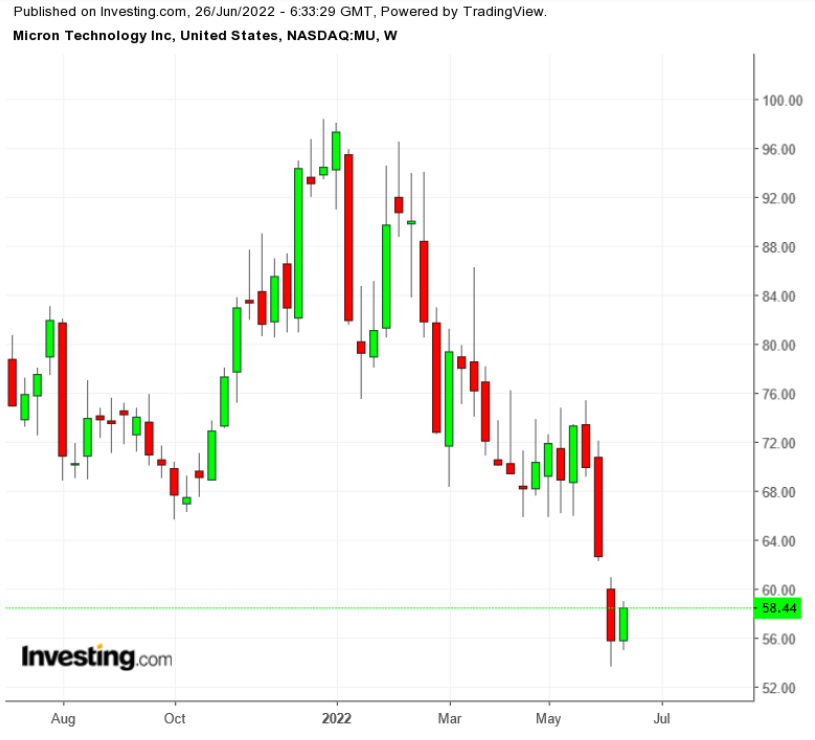 The largest US maker of memory chips provided an upbeat forecast in March for its , signaling that demand remains strong from its data-center customers.

Memory chips are now used in a wide range of devices, making them less subject to fluctuations in demand for personal computers and smartphones. That’s helped Micron continue to grow even as the PC market slows.

Micron stock, which closed at $58.44 on Friday, is down 37% for the year on investors’ concerns that demand could slow if a recession hits the economy later this year.