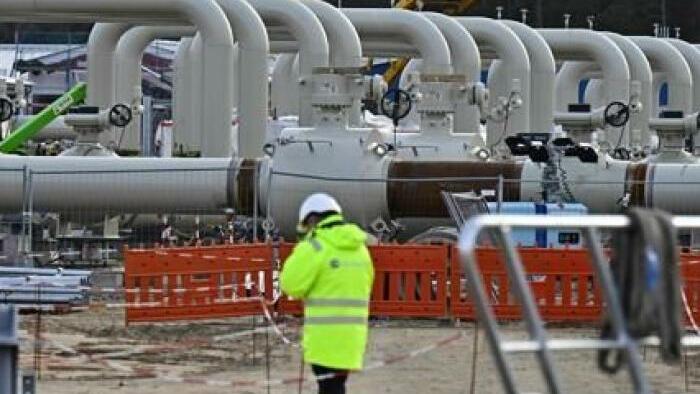 
The European Union has this week accused Russia of planning “rogue moves” regarding lowering natural gas flows to Europe, or in other words continuing to ‘weaponize’ its energy, to which the Kremlin has consistently responded with variations of ‘our gas, our rules’.

This after Moscow has reduced Nord Stream 1 gas flows by 40% last week while citing technical issues, leading to a four- to sixfold rise in market prices, based on German energy officials. However, Berlin isn’t buying that needed maintenance on the key pipeline is all that’s happening here, instead seeing in it an underhanded Russian ploy to ramp up the pressure on Europe, giving way to fears that the saga could end in Russia halting its pipeline altogether.

“Gas is now a scarce commodity in Germany,” economy minister Robert Habeck said at a Thursday press conference while warning that his country is now approaching crisis supply levels which could see authorities turn to gas rationing.

Habeck confirmed that the last days have seen a “significant deterioration of the gas supply situation” – following Gazprom’s Nord Stream 1 also having to now undergo what the Russian energy company has scheduled as “annual maintenance” for a period of ten days, from July 11 to July 21.

Habeck was asked in an interview this week with German broadcaster ZDF about the negative scenario possibility of Russia artificially extending the repair and maintenance period: “I’d be lying if I said I’m ruling it out. In fact, Putin has gradually reduced the amount of gas more and more,” he responded.

According to the German language publication, the economy minister bluntly spelled out that Putin is trying to use energy to drive a wedge among European allies:

Putin’s plan is to put pressure on the market to make prices in Europe more expensive. According to Habeck, it is mainly a matter of stirring up social unrest and breaking down unity. He wants to make sure that Putin “does not win,” the economy minister told ZDF heute Journal. Measures are also being taken to ensure the unity of society.

In this climate, any “technical” stoppage is being accompanied with a sense of panic on the German side, given Germany is already at its second “alarm” phase of its tree-level emergency plan for gas supply of the largest economy in Europe.

The government says the country is facing a “crisis,” and has raised the level to “alarm.” https://t.co/Mn4FMaEkZI

While Germany acknowledges the stoppage is scheduled and expected, the fear is that even the smallest continued delay beyond this point could prove disastrous, which would all but assure a national shortage of gas as soon as mid-December, according the predictions of German industry overseers.