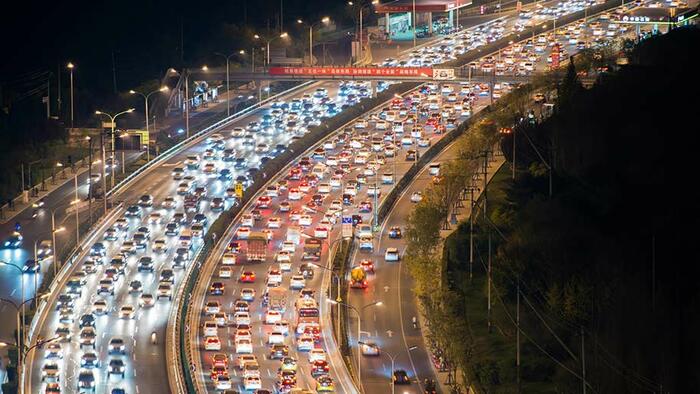 
A surge in road traffic has been seen in China after two of the largest cities reopened following two months of lockdowns and restrictions, indicating the economy could be restarting and refined crude product demand is rising.

The return of the two most important cities sent an index monitoring congestion of 15 Chinese cities with the highest vehicle registration above a January 2021 baseline.

The reopening of China comes as COVID infections in Shanghai and the rest of mainland China have dramatically receded after spiking in March, peaking in April, and moving lower through May.

Dai Jiaquan, a director at the oil research department at CNPC, recently said a roadway recovery could boost demand by 1.6 million barrels a day on a quarterly basis from July to September. This comes as the US summer driving season is well underway, and North America, as well as much of the world, is structurally short refined products, such as gasoline, diesel, and jet fuel, mainly because of refinery capacity woes.

“The market’s a little bit concerned that we’re running out of spare capacity and is beginning to factor that into prices,” Hardy said.

He continued: “It depends on lockdowns, but we’d expect it to steadily come back through the second half of the year.”

Hardy’s similarly bullish message was echoed by Exxon Mobil CEO who said this week that global oil markets may remain tight for another three to five years largely because of a lack of investment since the pandemic began.