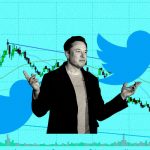 After several controversies, discussions, and media fiascos, the Twitter board has finally, and unanimously recommended Twitter shareholders vote in favor of Elon Musk’s takeover of the social media king. Twitter’s board has recommended that the company’s shareholders have approved the US$44 billion takeover bid. Initially, there have been several controversies and doubts regarding Musk’s decision and his intentions regarding investing in Twitter. A few weeks later, Musk himself hinted that if he is unable to acquire the overall report about spam bots, he would be backing off from the entire US$44 billion bid.

Finally, Twitter’s board of directors has finally accepted the bid at US$54.20 per share in late April 2022. Reportedly, shareholder approval is the final hurdle that Musk faced to complete the deal, which is one of the many reasons why the tech giant potentially threw such potentially bizarre antics. Tech billionaire Musk has also expressed his willingness to move forward with the acquisition, last week itself, during a virtual meeting with all Twitter employees. The board has stated that Twitter will also be hosting a virtual meeting by October, this year.

Twitter’s share price is priced at a much lower price at this point, and now if you are a tech enthusiast and are someone willing to become a part of this transformation, then experts suggest that buying Twitter stocks at this point would be most profitable before Musk finally takes over the company. Even though the deal is still hanging, there is definitely a little light at the end of the tunnel, signifying that Twitter shareholders, its board of directors, and Elon Musk would finally reach an agreement. This would eventually lead Twitter shares to rise in value, which might make it difficult and expensive for investors to buy them later on.

The post Invest on Twitter Stocks Now and Hop-On a 39% Growth Before Elon Buys It appeared first on .