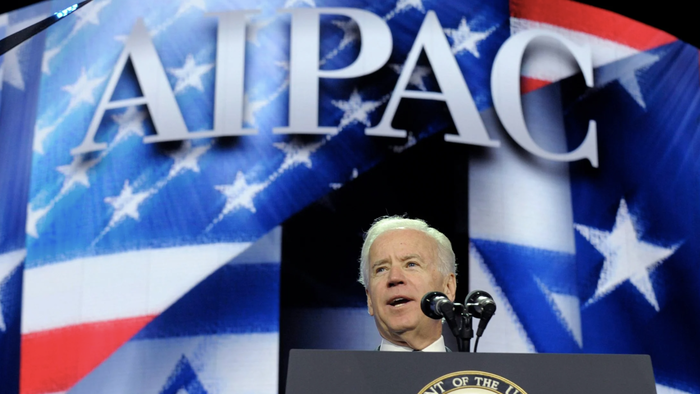 
Twenty-four U.S. senators sent a letter to President Biden on Thursday urging an FBI and State Department investigation of the May 11 killing of Palestinian-American journalist Shireen Abu Akleh in the West Bank. They did so in defiance of the influential American Israel Public Affairs Committee (AIPAC), which actively lobbied against the letter.

Abu Akleh, a star reporter for al Jazeera, was shot in the head on May 11 in the West Bank town of Jenin, as she and her crew reported on an Israeli raid on a refugee camp. The Al Jazeera crew and other witnesses said Israeli forces were responsible, but the Israeli government raced to blame “Palestinian terrorists firing indiscriminately,” tweeting a video that purported to support the claim.

However, demonstrating a sharply heightened capacity for honest reporting about Israel when Israel’s victim happens to be a journalist, several major U.S. media outlets have investigated the incident and concluded Abu Akleh was most likely killed by Israeli security forces.

CNN was particularly forceful, saying its multifaceted forensic investigation concluded that Abu Akleh was “shot dead in a targeted attack by Israeli forces.” In addition to video and acoustic evidence, the tight shot group on the tree she was standing next to was indicative of careful and deliberate fire, an expert told CNN. Abu Akleh and her crew were all wearing helmets and vests marked “PRESS.”

According to Reporters Without Borders, Israel has killed at least 30 journalists since 2000, including two Palestinians shot by IDF snipers while reporting on protests near the Gaza-Israel border in 2018.

In their Thursday letter to Biden calling for a State Department and FBI investigation, 24 Democratic and independent senators wrote:

“We believe that, as a leader in the effort to protect the freedom of the press and the safety of journalists, and given the fact that Ms. Abu Akleh was an American citizen, the U.S. government has an obligation to ensure that a comprehensive, impartial, and open investigation into her shooting death is conducted — one in which all parties can have full confidence in the ultimate findings.”

On Wednesday, State Department spokesman Ned Price deflected calls for an FBI probe, saying the Biden administration instead wants Israel and the Palestinian Authority to share evidence and “bridge” their investigations. Pressed on Israel’s capacity to pursue an honest investigation, Price said, “Israel does have the wherewithal to conduct an investigation that is transparent, that is impartial, and that – importantly – culminates in accountability.”

The Senate letter follows a similar one last month signed by 57 House members. The senators said the need for “an independent investigation under U.S. auspices to determine the truth…has been made even more urgent by the new information that has emerged in recent weeks.”

AIPAC, which on Thursday thanked the House appropriations committee for approving another $3.3 billion in “security assistance” to Israel, urged senators not to sign the letter. In its messaging to legislators, AIPAC said “the circumstances surrounding the death of Ms. Abu Akleh remain unclear despite the hasty conclusions of various media outlets.”

The moderate pro-Israel lobby organization J Street—which calls itself “pro-Israel” and “pro-peace” and seeks to supplant AIPAC as the most influential pro-Israel force among Democrats—issued a statement on Thursday endorsing the drive for a U.S. investigation.

It’s unconscionable that an American organization would lobby against the US investigating the killing of its own citizen pic.twitter.com/tMjQ1lH8wp

It’s almost as if Williams is accusing AIPAC of putting loyalty to Israel ahead of loyalty to America. (Don’t try that at home, kids.)

Thank you House Approps Subcommittee for fully funding $3.3B in security assistance to Israel.

This is a message of strong, bipartisan support for the 🇺🇸🇮🇱 alliance AND a clear rejection of attempts to weaken the relationship with new political conditions on support for Israel.