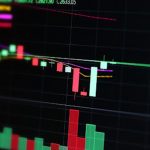 A bear market typically occurs when financial assets lose more than 20% of their value from prior all-time highs. Cryptocurrency has been in a bear market according to this classification since early April 2022. Many people are speculating about when the bear market will end and whether the top tokens can reach their previous highs.

Gnox, a first-of-its-kind platform designed to streamline and simplify DeFi investing, defies the bear market with a 60% price increase after the end of its first presale round.

After completing the initial presale phase, Gnox, announced a significant token burn event, in which more than 2.5 billion tokens were burned.

The cost of the token has gone up by more than 60%. Price increases occur when supply is constrained and demand remains constant, as was the case with GNOX.

This price surge was attributed by cryptocurrency specialists to the coin’s strong development and outstanding presale performance.

Other cryptocurrencies, such as Solana (SOL) and DogeCoin (DOGE), have suffered significant losses

Solana prices have recently dropped, along with many other digital assets, as cryptocurrency prices react to recent occurrences.

As it dropped beneath its south-facing EMA ribbons, Solana’s recent movements matched the fear feeling. The $28-mark support has given immediate grounds, even though the altcoin invalidated the bullish tendencies and broke down from its falling wedge.

On the other hand, Dogecoin’s price dropped following Elon Musk’s slack performance on Saturday Night Live. Since then, prices have dropped rather than risen.

The complete market collapse that started at the end of November 2021 hastened this crash as well. The price of Dogecoin dropped by a substantial 10 cents and was surpassed by other cryptocurrencies, including Solana and Binance USD.

With a price of above $0.73 in April 2021, Dogecoin reached its all-time high. In contrast to many other cryptocurrencies, Dogecoin did not reach this record high once more in the fall of 2021. At the end of October, there was a $0.30 price increase. Dogecoin has rapidly decreased since then. The price of DOGE is at $0.060389 as of this writing.

Is Terra Labs Involved in Price Manipulation With $3.6B USDT & UST? Decoding the Truth