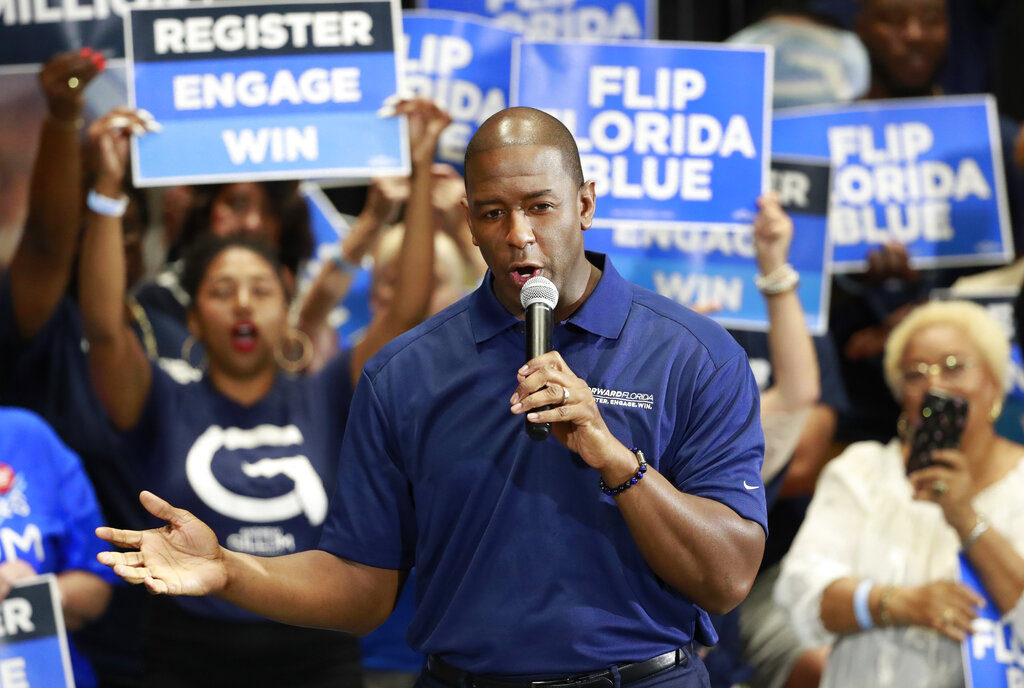 The former mayor of Tallahassee, who came close to defeating Ron DeSantis in the Florida governor’s race in 2018, has been indicted on federal charges of fraud and making false statements while mayor and as a candidate for governor.

Andrew Gillum pleaded not guilty to all 21 charges, and reiterated in a statement that he was innocent, according to news reports.

The federal investigation began as early as 2017, but Gillum has maintained that he had broken no laws. He unexpectedly defeated a U.S. Congressman and the mayor of Miami in the Democratic gubernatorial primary, then lost by a margin of less than 1% to DeSantis in the general election.

Gillum is accused of defrauding an unnamed contributor to his 2018 campaign of $150,000 in contributions, according to the indictment. The indictment alleges Gillum and his associate Sharon Lettman-Hicks put that money into a separate organization and later filed fraudulent campaign reports to cover it up, the Sun Sentinel newspaper reported.

Well-known Orlando plaintiffs’ attorney John Morgan, who along with his firm gave Gillum’s campaign more than $3 million in 2018, has repeatedly criticized Gillum for how the campaign money was spent.

“At this point, nothing about him would surprise me,” Morgan said in an email Wednesday to the Sun Sentinel. “He kept my money and others. Millions. He didn’t spend it on the campaign and lost by a whisker. He destroyed the Democratic Party forever in Florida.”

Part of the charges contend that undercover FBI agents provided Gillum with gifts, including a hotel room, a boat trip and theater tickets in New York, along with a $4,000 donation at a fundraiser, which he failed to disclose or lied about later to investigators.

“Make no mistake that this case is not legal, it is political,” Gillum said in a statement, according to news reports. “Throughout my career I have always stood up for the people of Florida and have spoken truth to power. There’s been a target on my back ever since I was the mayor of Tallahassee. They found nothing then, and I have full confidence that my legal team will prove my innocence now.”