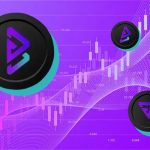 Fed’s hiking interest rates have been one of the reasons the crypto market has experienced massive withdrawals. Many cryptocurrencies, including Safemoon, have plummeted because of the measures that Fed has been putting to curb inflation.

Among the crypto projects that are now a growing concern for the Safemoon project is Bitgert (BRISE). Bitgert had been, for the longest part of 2021, the biggest Safemoon competitor. However, by the end of 2021, Bitgert had already started overtaking Safemoon in terms of development.

But it was the launch of the Bitgert BRC20 blockchain when Bitgert completely left Safemoon far behind. Safemoon is still a BSC project, and it is yet to start building its own blockchain. Therefore, it will take a very long time for the Safemoon project to be able to compete with Bitgert without its own blockchain.

This will see the number of Safemoon crypto investors joining Bitgert increase rapidly. The result will be more Safemoon selling pressure as more holders will be selling to buy Bitgert, which is making them good profits.