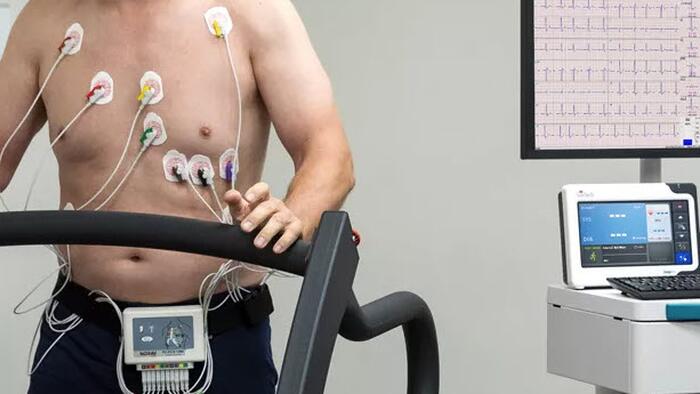 
It’s that time of year again when the banks face their annual health checks which dictate the required size of each bank’s “capital buffer” – the extra cushion of capital that’s set aside on top of the regulatory minimum needed to support daily business.

The tests also determine how much lenders can return to shareholders in the form of share buybacks and dividends, but banks have to wait until June 26 to reveal their actual dividend and buyback plans as well as confirm the size of their stress capital buffers.

In this year’s test, the Fed is looking at how banks would fare if unemployment rose to 10%, accompanied by a 40% drop in commercial real estate prices, widening corporate bond spreads, and increased market volatility, among other hypothetical scenarios.

All of the banks were still expected to pass, but could be told to set aside slightly more capital than last year.

Notably, the credit risk among the big banks has surged rather notably recently…

So was the credit market warning about the stress tests?

Ironically, The Fed overnight repo cash stash by the banks hit a record high today ahead of the stress tests…

All 33 banks tested this year passed the stress test though in the test’s worst-case scenario, they would collectively lose more than $600 billion, the Fed said.

As The Fed notes, this year’s hypothetical scenario is tougher than the 2021 test, by design, and includes a severe global recession with substantial stress in commercial real estate and corporate debt markets. The unemployment rate rises by 5-3/4 percentage points to a peak of 10 percent and GDP declines commensurately. Asset prices decline sharply, with a nearly 40 percent decline in commercial real estate prices and a 55 percent decline in stock prices.

Total losses were largely driven by more than $450 billion in loan losses and $100 billion in trading and counterparty losses. This year, larger banks saw an increase of over $50 billion in losses compared to the 2021 test. Additionally, the aggregate 2.7 percent decline in capital is slightly larger than the 2.4 percent decline from last year’s test but is comparable to recent years.

This year, the biggest banks in the country, including JPMorgan Chase and Bank of America saw their capital levels fall further than last year on higher loan and trading losses.

So now we wait for the dividend and buyback announcements…

Ahead of the stress-test results, Cowen analyst Jaret Seiberg said Thursday he expected banks would pass, but he warned of potential pushback from lawmakers.

“The political risk today is that Capitol Hill questions why banks should distribute any capital if a recession is possible,” Seiberg said.

“We do not see that winning the day, but it could get attention.”

Read the full results below: