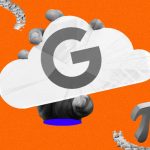 For the second time, Google Cloud has set a record for the number of digits of the mathematical constant.

Google has put its cloud to work calculating the value of Pi all the way out to 100 trillion digits and claimed that’s a world record for Pi-crunching. According to the register, the ad giant and cloud contender has detailed the feat, revealing that the job ran for 157 days, 23 hours, 31 minutes, and 7.651 seconds.

In 2019, Google Cloud calculated pi — the irrational number discovered thousands of years ago — out to 31.4 trillion digits. That was a world record. But then, in 2021, scientists from the University of Applied Sciences of the Grisons tacked on another 31.4 trillion digits to the figure, raising the total to 62.8 trillion decimal places.

But now, Google Cloud has shattered the latest record, calculating pi out to an unprecedented 100 trillion digits, according to a press release.

How did Google Cloud calculate Pi to 100 trillion digits?

“This achievement is a testament to how much faster Google Cloud infrastructure gets, year in, year out,” read the press release from Google Cloud. “The underlying technology that made this possible is Compute Engine, Google Cloud’s secure and customizable compute service, and its several recent additions and improvements: the Compute Engine N2 machine family, 100 Gbps egress bandwidth, Google Virtual NIC, and balanced Persistent Disks.”

How fast can your computer compute Pi?

y-cruncher is a program that can compute Pi and other constants to trillions of digits. It is the first of its kind that is multi-threaded and scalable to multi-core systems. Ever since its launch in 2009, it has become a common benchmarking and stress-testing application for overclockers and hardware enthusiasts. y-cruncher has been used to set several world records for the most digits of Pi ever computed.

In conclusion, remember that every record is meant to be broken and soon this record by Google cloud will also be broken. But when? The answer is: very soon.

The post Google’s Cloud Helps Extend the Value of Pi! But Soon the Record will be Broken appeared first on .