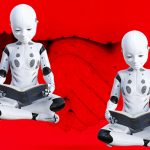 Robots and other seemingly lifeless objects may appear to be just that, but that doesn’t imply that we don’t want to imbue them with human characteristics, with many of these attempts aimed at making robotics technology appear more lifelike, and hence more trustworthy.

One of the more intriguing advancements in this field is the ability to create robots that are either male or female. For example, a study from Washington State University reveals that a robot’s alleged gender influences how, or even whether, we desire to interact with it.

According to the study, humans may be happier chatting with a robot in a hospitality situation if the robot seems to be female instead of male. This was especially true when the robot appeared to be a humanoid.

As our contact with robots is becoming more frequent, the challenge of creating trust with them becomes more critical. For example, research from the Nara Institute of Science and Technology investigated how robots might create trust by contacting humans while also participating in some small chats.

On a group of Japanese participants, the researchers investigated the effects of robotic touch and robotic touch mixed with speech. For example, the volunteers sometimes received a soft touch on the back from the robot’s limb, while other times they received statements such as “Hi, how are you doing?” accompanying the stroke.

The participants reported feeling happier when the robot both touched and chatted with them. Furthermore, participants stated that when the words and touch occurred concurrently, their mood was most favorably affected. The data also revealed that when the robot contacted and spoke to people, there was much increased facial activity in muscles involved with smiling. People in this state were also more likely to regard their robot friend as human-like.

While we may believe that the approach used to develop such trusted connections will unavoidably differ from that used with other humans, this may not be the case. According to University of Montreal research, the way we create trust with robots is quite similar to how we do so with humans.

The researchers ran a trust game test in which human volunteers were asked to give a $10 endowment to a companion who could be a human, a robot, or a robot working on behalf of a human. It was a traditional game theory setting in many aspects, with the human volunteer knowing that profits would be gained, but the trust would be crucial. The robots in the experiment were designed to emulate prior human participants’ reciprocation habits.

Decisions in these types of games frequently converge around results that are mutually beneficial to both participants. The emotional response from people after interacting with robots versus humans was a major aspect of this investigation.

The findings imply that people establish trust in both humans and robots in the same way.

People used to trust humans for financial gain as well as information about the other side, and a similar trend arose in their interactions with robots.

This is a good thing, especially when interactions between humans and machines are growing more common and taking place in more sensitive fields. However, if we want to encourage the formation of trusting connections, giving technology a face and a backstory may not be a bad idea.

The post Do We Need a Story to Trust in Robots? appeared first on .