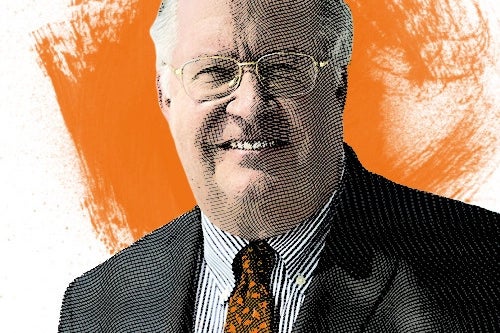 “The objective of investing is not to own productive assets, the objective is to make money,” said renowned investor Bill Miller of Warren Buffett’s cynical stance on Bitcoin BTC/USD.

What Happened: In a recent episode of The Investor’s Podcast Network, William Green asked Bill Miller what he thought about the recent comments from Berkshire Hathaway’s (NYSE: BRK-A) (NYSE: BRK-B) Buffett and Charlie Munger condemning Bitcoin.

When asked if he believed the investors had a bias or blind spot that makes it difficult for them to understand Bitcoin, Miller explained that there are “several.”

“I think everybody’s got blind spots in one way or another, and they’re error-prone,” he said.

Buffett, 91, recently stated that he would not buy all the Bitcoin in the world for as little as $25 because it doesn’t produce anything tangible, and therefore, it cannot have any inherent value.

“He’s said that bitcoin is a non-productive asset and therefore he can’t value it. Fair enough. If the only thing that you think you can value are productive assets, then no one’s making you buy it, right? So ignore it,” said Miller.

Miller has more than 50% of his personal portfolio in Bitcoin and appears to be unfazed by the asset’s sharp decline over the last few months. The investor said he considers Bitcoin to be an insurance policy against financial catastrophe.