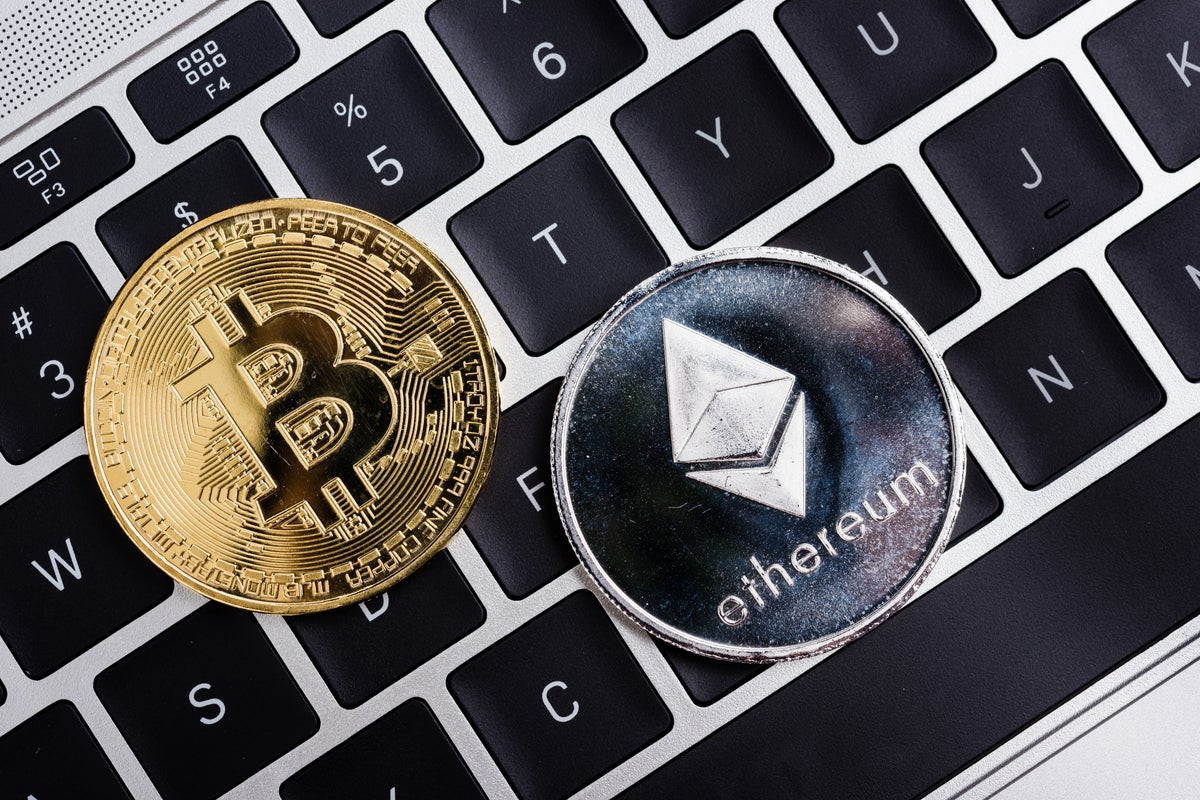 Why It Matters: Cryptocurrencies failed to muster strength even as other risk assets like stocks soared on Thursday.

Altcoins are particularly under pressure as investors tend to shed riskier assets during downturns.

“Ethereum is selling off as many crypto traders start to doubt Ethereum 2 will be successful,” said Moya in a note.

“Ethereum 2 merge was delayed until August, but it won’t truly let Ethereum be scaled up, they will use a multi-chain system and will connect to a wrath of Layer 2 scaling solutions.”

Moya noted that Ethereum has potent rivals that “can do a better job of scaling up and this latest update might force people to jump ship.”

Simple, looking at $28.8K and/or $29.3K for continuation upwards on #Bitcoin as we’ve been sweeping all the lows and touching that $28.2K zone.

The percent of unspent Bitcoin transactions, whose price at creation was lower than the current price, has fallen from 86.8% at the beginning of 2022 to 74.5% at press time, according to Glassnode data.  A higher number is usually indicative of market tops, while lower values signal a bottom.

Bitcoin: Percent of UTXO’s In Profit Since January 1, 2022 — Courtesy Glassnode

A contrarian view was expressed by chartist Ali Martinez, who said that Bitcoin appears to be losing support floor between the $30,000 and $29,100 levels.

“There aren’t any other significant demand walls underneath,” said Martinez in a tweet.

#Bitcoin appears to be losing the support floor between $30,000 and $29,100. Notice there aren’t any other significant demand walls underneath $BTC. https://t.co/5Eztat2lGj pic.twitter.com/HxdLuWSKg1